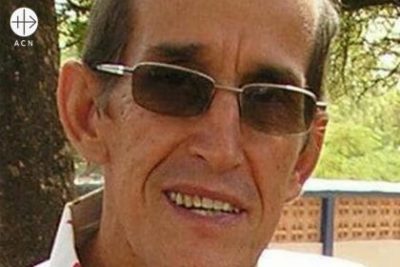 At least six people, including a priest, were murdered yesterday in an attack on a Catholic church in Burkina Faso.

The massacre is the latest in a series of attacks on Christian worshippers. On Easter Sunday in Sri Lanka more than 250 people were killed in bombing attacks on churches and hotels frequented by Westerners. There have been a several attacks on Coptic churches in Egypt in recent years.

The attack in Burkino Faso, a landlocked country in west Africa, occurred in the village of Dablo, 90km from Kaya, a city in the north of the country. A group of 20 to 30 gunmen burst into the local church about 9am while Mass was being said, Radio France International reported.

The village’s mayor, Ousmane Zonga, said the gunmen opened fire on the congregation as they tried to flee. The church was then burned down to the ground and shops and a health centre were also set on fire.

It is believed this attack may be in retaliation for a military operation staged by French special forces in Burkina Faso on Thursday. On the orders of French president Emmanuel Macron, troops rescued four hostages, two of whom were French citizens, who had been held by a group linked to the Macina Liberation Front (MLF), a jihadist group active in the neighbouring country of Mali. Formed in 2015, the MLF is aligned with al Qaeda, who have carried out a number of attacks on Christian communities in Syria.

On 28th April this year, six people were killed in an attack on a Protestant church in Silgadji, another city in northern Burkina Faso, just as a religious service was concluding. At that time, the Pope expressed his sorrow at that attack and said he was praying “for the victims and their families and the entire Christian community in the country”.

About 60 per cent of Burkina Faso’s population is Muslim and about 25 per cent is Christian.

Burkina Faso has a history of religious tolerance and the April attack was the first on a place of worship in the country. However, in February gunmen killed a 72-year-old Spanish missionary, Fr Antonio Cesar Fernández. At that time the charity Aid to the Church in Need reported that there were places to the east of the country, particularly where the dioceses of Tenkodogo and Fada N’Gourma meet, where it is no longer possible to safely celebrate Mass because of the activities of bandits and terrorists.

In recent months, sectarian violence has been on the increase and, since 2016, there has been more than 200 attacks by armed groups on villages, schools and hospitals, which have forced thousands of people to abandon their homes. The United Nations estimates that because of the violence, more than a million people are now in need of humanitarian aid.