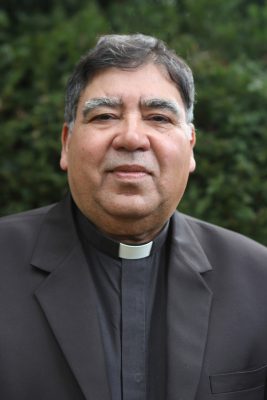 Father Emmanuel “Mani” Yousaf © Aid to the Church in Need

According to Catholic charity Aid to the Church in Need (ACN), there have been reports from Pakistan that Christians and other minorities are being denied food aid distributed during the coronavirus emergency.

Christians in Karachi have gone on record as saying that NGOs operating in the port city providing food to the homeless were refusing to give food vouchers to members of minority faith groups, and were giving vouchers only to Muslims.

Father Emmanuel “Mani” Yousaf, director of the National Commission for Justice and Peace, said that Christians and other minorities were just as badly affected by the coronavirus lockdown as the Muslim majority population.

Father Yousaf, whose Catholic organisation provides legal and paralegal support to Christians and others threatened with injustice, said: “Everybody is affected by the virus, irrespective of religious differences. Reports of NGOs discriminating on religious grounds are very sad to hear. It shows a very narrow mindset at work. Everybody affected should be helped – everybody.”

According to Father Yousaf, discrimination in the provision of food aid is a recurring problem in Pakistan. Farooq Masih, a Christian man from Karachi’s Korongi district, was reported in AsiaNews Catholic media agency as stating that members of the Saylani Welfare International Trust, a charity in the port city, had been handing out food vouchers in his area, but when they got to Christian homes they moved on.

Meantime, a video has come to light purporting to show members of an NGO in Karachi distributing food but again ignoring the needs of Christians and other minorities.

Adnan, a Muslim in Karachi, was quoted by AsiaNews stating: “Why did [the NGO] discriminate against Christians? Are they not citizens of Pakistan? We are all suffering from Covid-19.”

According to latest reports, there are nearly 2,300 confirmed cases of Covid-19 in Pakistan and 31 people have died from the disease.