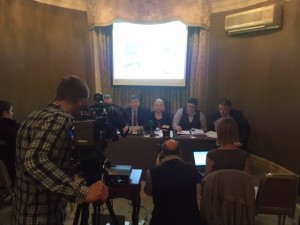 1,700 Irish charities have called on the Government to restore funding for social services and supports in Budget 2016 over tax cuts and capital spending.

One of the six representative groups involved, The Wheel, highlighted the gravity of their situation with a survey in May this year which found that 42% of charities experienced a fall in their income over the past year.

More than two-thirds (72%) reported that demand for their services increased over the same period.

A third (33%) of charities had to cut back or suspended services over the same period.*

Highlighting the homeless crises, the lack of social housing, the lack of capacity in the health service, problems with the standard of care in some voluntary care homes and growing social problems in rural areas, Ivan Cooper, Director of Advocacy at The Wheel said, “These issues are not unrelated, Ireland’s community and voluntary sector has been subjected to disproportionate funding cuts since 2008, and the cumulative impact of these cuts is now being felt in every community.”

He said that the Minister of Finance Michael Noonan has indicated that €1.5 billion available in Budget 2016, will be divided evenly between tax and expenditure measures.

“We call on Government to invest two-thirds of available funds to restore budgets for social services. We also note that the most recent Irish Times/ISPOS MRBI Poll shows that voters want Government to prioritise spending on services over tax cuts,” said Ivan Cooper.**

His group, The Wheel, represents some 1,200 charities and voluntary groups, and it has been joined by Disability Federation of Ireland, Care Alliance Ireland, Irish Rural Link, Carmichael Centre for Voluntary Groups and the National Youth Council of Ireland in the call to Government to prioritise crucial services are now at breaking point.

Seamus Boland, Chief Executive of Irish Rural Link said that voluntary services, like meals on wheels, have been hit consistently over the last four years and are now finding it difficult to meet the demand.

“For many people meals on wheels allow them to remain in their own home rather than being forced to seek a bed in a nursing home. Adequate support for these services will improve the well-being of people, and at the same time be a saving for the state,” he said.

John Dolan, Chief Executive Officer of the Disability Federation of Ireland added that disability leads to poverty, exclusion and “the loss of hope for future participation in society”.

Disability and long term illness is the outstanding social equality issue in Ireland which affects 13% of the population, he said.

The Government should commit to an investment plan to enhance society’s civic infrastructure and not just its physical infrastructure, according to Diarmaid Ó Corrbuí, Chief Executive of the Carmichael Centre for Voluntary Groups.

“The voluntary and community sector exists to have a positive impact on the communities it serves. The right support can bring organisations together and share learning to allow them to have a greater impact,” he said.

“This equates to approximately €4 billion worth of unpaid care every year to people with disabilities, mental health concerns and long-term illnesses. Many Family Carers feel let down and unsupported by Government, in particular with the savage cuts of the last number of years.”

He wants to see the full restoration of the Respite Care Grant, along with an increase in services for people with disabilities and their Family Carers.

Mary Cunningham, Director of the National Youth Council of Ireland said, “According to the OECD, young people were hit hardest by the recession. But in the youth sector, just over 1,500 staff work with almost 40,000 volunteers to provide services for more than 380,000 young people.”

She said that as the economy recovers and with a rising youth population these services need investment just to be maintained at current levels and further investment for future development of youth organisations, projects, services and clubs up and down the country.

* Survey of 266 charities conducted by The Wheel May 2015 (see cinews story 8 May 2015).
** Extra spending on the health service, housing and homelessness rather than tax cuts is the priority for voters in the forthcoming budget, according to the latest Irish Times/Ipsos MRBI Poll