David Quinn of the Iona Institute has defended the BAI’s (Broadcasting Authority of Ireland) ruling that an item on Newstalk’s Breakfast Show breached the broadcast regulations by being excessively biased in favour of same-sex marriage.

“People can say they are for same-sex marriage but people must also be given airtime to express the opposite view. This is simply fairness,” he said.

He added that presenters ought to be more like referees, ensuring a fair debate takes place.

“Presenters ought not to be taking sides, or if they do (and it’s worth noting that under the BAI’s Code of Fairness they can’t), then there should at least be a range of presenters representing different views allowed on air,” David Quinn said in his 15 December blog.

The complaint, upheld in part by the BAI, stated that during an item on the Gay Pride March, two panelists in favour of same-sex marriage were given ‘free reign’ to talk about the importance of passing the same-sex marriage referendum.

The presenters were sympathetic and did not challenge any point.

The complainant said that the two views on changing Irish law to permit same-sex marriage should have been aired and it is not the role of the broadcaster to be a ‘cheer leader’ for one side or the other.

The BAI Compliance Committee upheld the complaint in relation to the BAI Code of Fairness, Impartiality an Objectivity in News and Current Affairs which recognises the special responsibilities of presenters “to ensure that the audience has access to a wide variety of views on the subject”.

This may involve the presenter/reporter in forceful questioning and reflecting the views of those who do not participate.

The code also states that a presenter/reporter “shall not express his or her own views on matters that are either of public controversy or the subject of current public debate such that a partisan position is advocated.”

The BAI has been criticised for this decision and a previous ruling along similar lines against the Mooney Show.

Addressing the criticisms, David Quinn stated that “The critics say that the rulings are an attack on free speech. They say they are having a ‘chilling effect’ on the ability of gay people to talk about their aspirations and their rights. They say that balance in the context of the debate about same-sex marriage means allowing airtime to people who want to deny gay people their rights, and worse.”

He added that many proponents of same-sex marriage refuse point-blank to see that any possible clash of rights is involved in this debate.

“Opponents of same-sex marriage insist, rightly or wrongly, that if same-sex marriage is permitted the rights of children will be affected, specifically the right of a child to a mother and a father. This is why there must be a debate, they say. Ordinary people have to be given a fair chance of adjudicating whether there is a clash and if so, on which side they will come down.”

He stated that there has been a tidal wave of propaganda in favour with only a debate on a radio show here and there.

“This is the chief reason why public opinion appears to solidly favour same-sex marriage at present. It is precisely because no real debate has been allowed to take place.”

He concluded that it is the duty of the BAI to insist that public space be held open so that a proper debate can take place on this and other issues, and to ensure fair play. 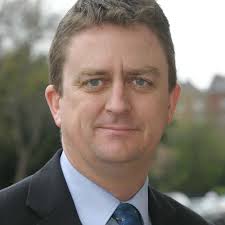 One of those who disagreed with the BAI ruling was Una Mullally in an article published in the Irish Times (8.12.14).

Speaking of her history book she describes it as “an oral history about a social movement, the movement for marriage equality in Ireland”.

She said that in the light of the two BAI rulings: “I have been told by national radio stations that in order to discuss this history book, there must be someone present who opposes rights for gay people. These are not editorial decisions. They are instructions from above. The utterly normal issue of civil marriage is being treated hysterically, and stations can’t risk getting another black mark from the BAI.”

However, the BAI has responded that it has “at no time in its engagements with broadcasters, issued any direction requiring that broadcasters must automatically “balance” a discussion with an opposing view.

Neither has the BAI, at any stage, made a “ruling on marriage equality”.

It added that, in setting out its guidance on the principle of fairness, the BAI has indicated to broadcasters that it is necessary for them to consider the range of ways in which fairness is achieved, ranging from the selection of contributors, to time allocated, scope of the debate, structure of the programme or the role of the presenter.