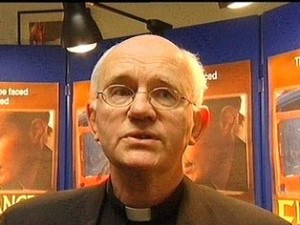 The purpose behind Temperance Sunday is to get people to think seriously about their alcohol use, the vice chair of the Irish Bishops Drugs Initiative has said.

Bishop Eamon Walsh told RTE’s Morning Ireland programme on Friday that he was not trying to be a killjoy but he was challenging people, with Lent beginning on Wednesday, to reduce their alcohol intake by half for the duration of the season.

He set out three challenges.

The first challenge is for those considering abstaining totally from alcohol during Lent.

Bishop Walsh suggested that they bring a “buddy” on-board to abstain with them as it is very difficult to do this alone.

The second challenge is to target a good cause such as Cuan Mhuire which supports those with addiction issues and to give their abstinence or reduction a purpose.

“Some might find that too severe,” the bishop acknowledged of total abstinence and so he suggested that some people could instead reduce their alcohol intake by a half.

“None of us are good at doing an audit of our own drinking habits,” he admitted and suggested that people get a friend to do the audit with them.

He said temperance is about moderation.

“There has been a change in attitude towards alcohol. At one time people drank in a social capacity but now you hear people saying: ‘what are you going to do for the weekend – I am going to go out and get smashed’. To my mind that is the subtle way the attitude to drugs has crept into our attitude to alcohol.”

He added that the hope behind this year’s initiative was to try and get the balance back in people’s attitudes towards alcohol.

Last week the IBDI relaunched the DVD ‘Find the Balance – Dare to Dream’ which is aimed at young people and promotes moderation through sports players, a young rock group and others.

“The last thing I want to be is a killjoy – I love sports and I go to sporting events but I do know that the advertising of alcohol in sporting events influences young people extraordinarily,” Bishop Walsh told RTE Radio.

Referring to this year’s winning project at the Young Scientist, the Bishop noted that the research had highlighted how parents’ drinking habits affect their children.

He said the drinks industry had to earn peoples’ trust as their record to date has been profit driven with token credence given to moderation.

“Their fingerprints are on legislation right across Europe and we have in many ways been led to believe that they are into moderation – let them show it by their action,” he said.

His comments were made as new research shows that increasing numbers of young adults aged 16-24 in the UK are now teetotal.

Among these groups, binge-drinking fell by one-third and frequent drinking by more than two-thirds since 2005.

Separately, a Novena Mass will be held on Sunday 22 February to mark the 90th anniversary of the death of Venerable Matt Talbot.

The Mass will take place at 3pm at the Venerable Matt Talbot Shrine, Our Lady of Lourdes Church in Sean MacDermott Street.

Prayers will be said especially for those suffering from any form of addiction, those in recovery, their families and the wider community affected by alcohol and drug misuse.