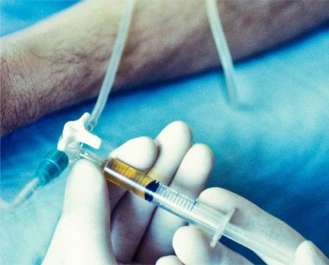 Many members of the medical profession and disability groups are against a law which would allow for assisted suicide.

This is according to the Iona Institute which has highlighted what such experts have said in advance of the Private Members’ Dying with Dignity Bill which will be debated in the Dáil next week.

The bill is being proposed by Socialist TD, Gino Kenny. The Labour Party has spoken in favour of the Bill but stated that it may need amendments. Media reports suggest that while some of the other political parties are against this bill as it stands at the moment, some members of some of the parties are sympathetic towards it.

Three years ago when the issue of euthanasia and assisted suicide was raised, the Joint Committee on Justice and Equality heard from two doctors, Regina McQuillan, speaking on behalf of the Irish Association of Palliative Care, and Des O’Neill, Professor of Medical Gerontology at Trinity College Dublin.

The Iona Institute’s Dr Angelo Bottone has compiled a summary of the contributions of these experts which he states are “still completely relevant” to next week’s Dáil debate.

Published on the Iona website on 11 September, his summary article states that Dr McQuillan’s position was that a change in the law would put vulnerable people at risk and it would not possible to put adequate safeguards in place.

Dr McQuillan also stated that personal autonomy is not absolute and everyone is part of a society, so allowing assisted suicide or euthanasia for some, for example the terminally ill or the disabled, would devalue their lives compared to those targeted in suicide prevention campaigns. Dr McQuillan also cautioned that as there have been cases in Ireland of some vulnerable adults being abused, we cannot assume that vulnerable people can be protected in the context of assisted suicide and euthanasia.

She referred to research showing failures in the countries where medically assisted killing has been introduced. Even where restrictions were in place, there is evidence that euthanasia was offered to those who were not terminally ill or were suffering from psychiatric problems.

Dr McQuillan appealed for greater investment in and access to palliative care, disability services, psychiatric or psychological support services and stated: “My concern, and that of many working in health care, is that to move in the direction of euthanasia would be to move away from investment in the appropriate services.”

he second advocate against medically assisted killing highlighted by the Iona Institute this week was Professor Des O’Neill. In his submission he criticised the idea of unlimited choice, based on the assumption “that all patients are independent and autonomous, even at moments of high vulnerability”. He cautioned that decisions are often led by the “potency of prejudice against ageing and disability.”

He said that all the major UK advocacy groups for disability have rejected assisted suicide.

To those who advocate for “death with dignity” he responded that human dignity cannot be lost through disability, disease, dependency, or suffering. However, he added that: “insensitive treatment or attitudes to those so affected can constitute undignified care,” and issues such as adequacy of treatment and support should be properly addressed.

Healthcare professionals play a pivotal role and that their opposition to deliberately killing, or facilitating self-killing, should be better highlighted in the current public debates about the end of life decisions, he stated. He also said that asking doctors go against their commitment to care, comfort and support damages the framework of care.

At the time of going to print, the Dying with Dignity Bill is expected to be debated in the Dáil on Tuesday 15 September 2020.

The issue had been discussed and a report prepared by Ireland’s Joint Committee on Justice in 2018. It was proposed that it could go forward for discussion at the Citizens’ Assembly. This has been rejected by those supporting the Bill in the Dáil next week.

It has also been rejected by campaigner Vicky Phelan, who exposed the shortcomings of Ireland’s CervicalCheck scheme after being diagnosed with terminal cancer herself. Recently she has spoken about her wish to have the option of “dying with dignity at home” in Ireland and her wish that the government will legislate for this and for those who find themselves in a similar situation in the future.