Crisis of leadership and income inequalities are among key issues under discussion at this year’s gathering of the world’s political and business elite. 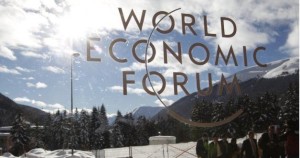 Archbishop Diarmuid Martin has said there’s a mood of uncertainty about many issues to the fore at this year’s World Economic Forum in Davos.

The Primate of Ireland is among faith leaders invited to the Davos Forum which is attended by scores of heads of state and government and over 2,000 leaders from business and society around the world.

Speaking to Vatican Radio, Archbishop Martin said “a crisis of leadership” and income inequalities are among the key issues under discussion at this year’s gathering of the world’s political and business elite.

Asked about the mood at the 2015 World Economic Forum, Archbishop Martin said there is a feeling of “uncertainty” about a whole series of areas that include economic models, security, especially concerning conflicts in the Middle East and Ukraine and in other areas of the world, and cultural tensions.

The Archbishop said there was uncertainty about the way the economy is going and therefore some models of economy; uncertainty about security around the world, notably the Middle East, and Russia and Ukraine, as well other parts of the world.

Along with this mood of uncertainty Archbishop Martin also spoke about this sense of “a crisis of leadership and in politics” which is the subject of several seminars during the Forum.

“There’s a concern about (whether) our political institutions and political parties are doing the job they’re supposed to do? And there’s also this crisis that’s developed because of the great inequalities that exist.”

In general, Archbishop Martin said he sees a “certain moving away from external triumphalism” among the political and business leaders attending this year’s Forum in Davos.

Saying we can’t build a stable future on fear (of the poor), Archbishop Martin explains that there is a more people-centric way of looking at economics and politics.