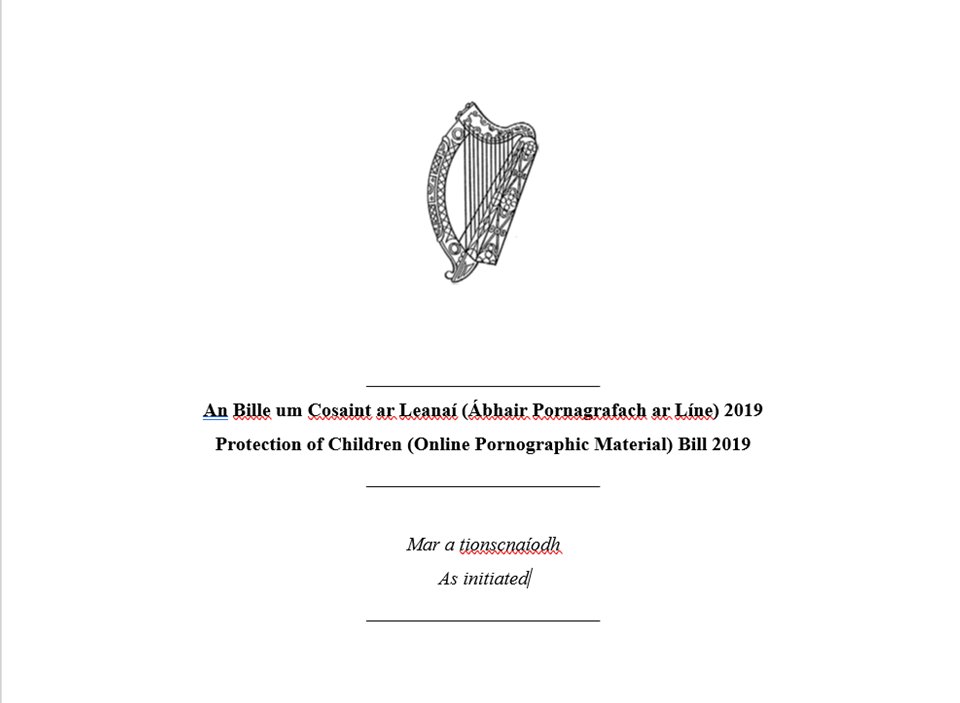 Over half of teenage boys living in Ireland see pornography before the age of 13. Aontú leader, Peadar Tóibín TD, raised this issue as he submitted the Protection of Children (Online Pornographic Material) Bill 2019 to the Dáil. This bill aims to make the online provision of pornography to children illegal.

“We have seen a number of high profile tragic and shocking cases before the courts recently where children who have accessed pornography online have been convicted of violence and murder,” he said.

He proposes that the Minister for Communications would take responsibility for formulating and introducing the regulations. The Commission for Communications Regulation (ComReg) would enforce the regulation, although the Irish Film Classification Office (IFCO) could be an alternative. His bill states that the Minister will make regulations about “means of age-verification or other means consistent with this Act” so that children cannot view pornographic material on the internet.

The bill allows for jail sentences and/or fines for those operating websites with pornographic content and who fail to stop children from accessing such content. It also proposes that in certain instances websites could be blocked by internet service providers.

“Pornography has become so easily accessible that many parents feel it is virtually impossible for them to exercise control over what their children are consuming,” he said.

The TD is concerned that access to pornography is sexualising children at a far younger age. This can alter their perceptions of sex and their own understandings of healthy relationships, and can lead to physical and mental health problems. Pornography often contains scenes of violence and aggression and he highlighted that there is evidence that some young children viewing this kind of material will act it out on other children.

In June 2019, at the time of the court case following the aggravated sexual assault and murder of schoolgirl Ana Kriegel, the issue was raised in the Dáil. There were calls for a cross-party Oireachtas committee on online safety to be established and for the office of the Digital Safety Commissioner to be set up.

Sinn Féin stated that its Digital Safety Commissioner Bill, which was supported in the Dáil, had been held up at committee stage. The government stated that it is working on its own bill for a Digital Safety Commissioner. Also around the same time Taoiseach Leo Varadkar said the Irish government would consult with the UK about its proposed age verification system, to see if something similar could be implemented in Ireland.

In October 2019 the proposed age verification measures to prevent children from accessing pornography online were dropped from the planned UK law (Part 3 of the Digital Economy Act 2017) and the government stated that protection will be introduced under other regulations. There is a proposed online harms regulatory regime, and a regulator to decide on the most effective ways for internet companies to meet their duty of care. The British Board of Film Classification (BBFC) had been chosen to act as the regulator. It stated that age verification on pornographic websites in the UK is necessary and that it will work closely with government to ensure that children are protected.