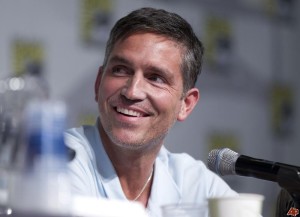 Actor Jim Caviezel, who played Jesus in the film The Passion of the Christ, has said he is a new man since adopting his two disabled children.

The actor, who has had starring roles in films such as The Thin Red Line and Count of Monte Cristo, as well as a variety roles on television, said his reason for adopting was his pro-life convictions.

His son Bo was abandoned on a train in China soon after he was born.

He was raised in an orphanage until he was five years old and told that he never had a mommy – he came from dirt. A large, visible brain tumour threatened his life and took away any real hope of love or family.

A challenge from a friend led Jim Caviezel, who is currently starring in the CBS crime drama Person of Interest, into Bo’s life.

In an interview with the Christophers, a Christian media organisation, Caviezel said, “This guy I know said, ‘You’re pro-life. Tell you what, if you really believe in what you speak, adopt a child — not any child, he’s got to have a serious deficiency.’”

Caviezel was “completely terrified” at the possibility of adopting a child with a disability, but deep within his soul, he knew that God wanted him to do it.

When Caviezel first met Bo in that Chinese orphanage, he knew that adopting him would mean a life of doctors and surgeries and worry and heartbreak.

But, in an interview for Catholic Digest, Caviezel said, “I saw his eyes and — this sounds like such sentimental hogwash, but I’m telling you the truth — in my heart I heard this boy calling to me, saying, ‘Will you love me?’”

Later, Caviezel and his wife, Kerri, decided to adopt another child, a healthy newborn girl.

However, before the adoption took place, they met a five year-old girl – also with a brain tumour.

“The couple stated that they knew the healthy baby would find a good home,” reports Catholic News Agency, “however it was likely that the sick girl would not. They decided to adopt the five year-old and have been blessed ever since.”

Caviezel told Catholic Digest that he has become a new man since adopting his children.

“Dennis Quaid told me a long time ago when he had his son Jack, ‘You’ll have emotions in you that you didn’t even know existed before you had a child,’” Caviezel said.

“I now know what that feels like. Even though they’re adopted, it’s as strong as any instinct. That’s what blew me away. I always thought if I adopted that I wouldn’t have the same feeling [as I would] if they were genetically my own children. Nothing could be further from the truth.”

Both Bo and his sister LeLe have required several surgeries, and Bo’s cancerous tumour has been particularly challenging, but Caviezel and his wife have felt blessed by their family above everything else.

“The other day my little girl jumped in my lap, put her hand on my face, and whispered in my ear, ‘Papa, I love you so much,’” Caviezel told Catholic Digest.

“It pulls on your heartstrings. When you come home and the kids run to you, come up and grab your leg. We have a little thing. They stand on my feet and I walk them into the kitchen and we just laugh.”

In seeking to actively live out his faith, Caviezel has seen his life fulfilled more than he ever thought was possible. “We took the harder road,” the actor said in a Catholic.org article.

“That is what faith is to me; it’s action. It’s the Samaritan. It’s not the one who says he is; it’s the one who does – and does without bringing attention to himself. I’m saying this because I want to encourage other people.”

When Bo, now 13, won All Star of the Month at the Victory Gymnastics Academy in March 2011, he said his future goals include being “a policeman, a fireman, and, of course, a Dad.”

He said he enjoys playing the piano, traveling to different countries with his family, and “putting things together.” He lives with his “Mom, Dad, and sister, LeLe, who is a ballerina.”