Home > News > Abortion shouldn’t be in programme for govt: PLC 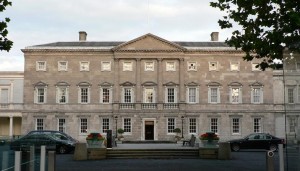 Members of the Dáil will today once again convene to elect a Taoiseach.

As meetings continued this week between delegates representing Fine Gael and Fianna Fáil with a view to laying the foundations for a minority government, the Pro Life campaign appealed to the parties to take the idea of a ‘citizens convention’ on abortion off the negotiation table.

“After Fine Gael introduced abortion in 2013, pro-life supporters will have no confidence in the idea of a citizens’ convention,” said Sinead Slattery from the PLC.

“It is high time that the acting Taoiseach Enda Kenny took this idea off the negotiating table so that the question of a referendum is no longer allowed to further delay the vital process of setting up a new Government.”

Speaking to CatholicIreland.net, Cora Sherlock from PLC said that pro life supporters would not have faith in a citizens assembly after what happened in 2013 where “the process had prearranged outcomes”.

“A citizens assembly would be the first step on a pre arranged course again,” she said.

Ms Sherlock said that the recent protests by Amnesty International outside the Dáil trying to put pressure on people inside to include abortion in the programme for government were an attempt to “rewrite the election results”.

“The support (for repealing the 8th amendment) was not there on the doorsteps.”

The main protagonist for a repeal of the Eighth was the Labour party she said, and added that it was decimated in the election.

“Obviously there were other issues there [that went against Labour], but if the Repeal of the Eighth was a red line issue for people, they would have overlooked those other issues and voted Labour.”

Important issues like healthcare, employment, the housing crisis and water charges were the issues the programme should focusing on, she said.

The Life Institute says there are many more voters who see “protecting the 8th Amendment as a priority,” and this is evidenced by the strong support for the ‘Rallies for Life’.

Niamh Uí Bhriain from the Life Institute said Fianna Fáil gained many pro-life votes when its candidates said they would oppose the repeal of the 8th Amendment.

Both Fine Gael and Fianna Fáil have supplied long documents to Independents setting out their priorities in their programmes for government.

The Fine Gael document speaks of a ‘citizens’ assembly’, without the participation of politicians, that would make recommendations to the Dáil on potential changes to the Eighth Amendment.

A similar document provided to Independents from Fianna Fáil does not mention abortion.

According to media sources, seven of the Independents engaged in coalition talks are opposed outright to any constitutional change regarding abortion, while a number of others have serious reservations.

Independent Mattie McGrath informed the Fine Gael negotiating team that he would walk away if they insisted on the citizen’s assembly.

“If Fine Gael has an agenda to bring that [citizens assembly] in, they can do it on merit in the Dáil. It shouldn’t be in the Programme for Government,” said Galway West TD Seán Canney.