Young Canadian missionary to Ireland is laid to rest 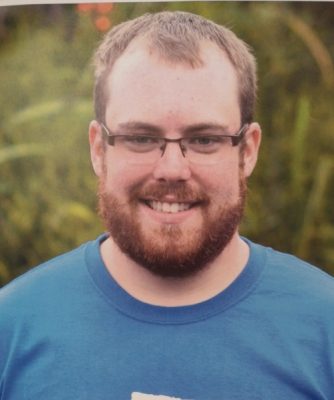 Ted Andrews from Alberta, who served four years as a Catholic missionary with NET Ministries.

A young Canadian missionary to Ireland was laid to rest in his native Alberta on Tuesday (30 April).

Ted Andrews spent four years working with NET Ministries Ireland – three in Ireland and one in Glasgow. He became well known through Liveline when he spoke movingly about his illness after a fellow patient at Beaumont Hospital, impressed by his faith and his family, rang the live phone-in programme. “We got calls from people about this young man from Canada who was going through amazing health challenges,” said Joe Duffy on Liveline on 18 December 2017.

Asked by Joe Duffy if he was angry with God for allowing the illness, Ted replied: “This happens to people. We have a loving God but bad things still happen and we won’t know [why] until we get to know our maker.”

On the same programme, Ted, then aged 26, said he “never felt Jesus so close” in his life. “I consider myself a missionary and I pray every day. I talk to God, I spend time with Him but this last week-and-a-half I’ve really felt Jesus’ presence in my life.”

The programme prompted a flood of offers of help for his parents, who had just arrived in Ireland to be with him during his treatment for cancer.

In  January 2019 Ted wrote a few thoughts on ‘Uniformity to God’s Will’ for his fellow Net Ministry Missionaries. “So this has been me for the past 13 months. How do I unite my illness to God’s will? It’s something we can only understand partially, but it is enough to get us through,” he wrote.

In his message he said that God does not desire that we suffer; he needs the sick so that his power may be seen. “When God allows suffering (remember allows it, not creates it) he does not abandon us. In fact he is closer than ever. It is hard amongst the pain and suffering to know that. That is where faith comes in. That is where we need to turn to God in prayer and ask Him to help us get through the sickness.”

He concluded: “What helps me a lot when I am trying to unite my sickness to the will of God is to keep repeating ‘Thy will be done’ or ‘Jesus I trust in you’ over and over again as I am dealing with whatever it is. I also ask for the intercession of Mary and the saints by asking them to pray for me and see them as an example of how to be obedient to the will of God.”

Fr Cristino Bouvette, vocations director for Calgary diocese, wrote to the 150 priests of the diocese about Ted: “He and I first came into contact over Skype while he was still serving on a NET Ireland team. He had been diagnosed with cancer there which threw a wrench in his plan to return home at the end of his missionary year with the hope to enter the seminary for our diocese.” 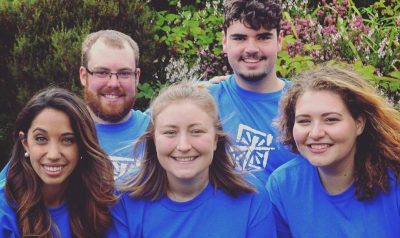 His doctors thought he would recover, wrote the Vocations Director, but that turned out not to be the case.

“His longing for the priesthood never wavered but he resigned himself to the fact he would never be ordained. Nevertheless, I asked him to consider himself my “assistant vocation director”, wherein he would unite his sufferings to the Cross of our Lord for the intention of many and holy vocations to the priesthood for our diocese. He was unwaveringly committed to this spiritual work.”

“Ted was a joyful and generous servant, a hard worker and an even harder fighter,” said Tony Foy from NET Ministries. “As Ted’s health situation worsened in recent months, he never wavered in his dedication to the mission set before him. He continued to serve on staff and worked diligently to build Partnership so that more young people could hear the Gospel and know the love of Jesus.

“As it became clear that Ted’s illness was terminal, he faced this new challenge as he faced them all: ‘with Jesus and one day at a time’.”