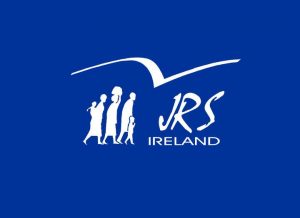 NGOs have welcomed the Supreme Court ruling that the ban on asylum seekers taking up work is unconstitutional. However, the court adjourned the matter for six months to allow the government to consider how to address it.

“Two years ago, a government appointed working group, of which JRS Ireland was a member, recommended giving asylum seekers a right to work after nine months, in line with all other EU Member States except Lithuania. In light of the Supreme Court ruling JRS Ireland are urging the government to give immediate effect to this recommendation,” he said.

Welcoming the ruling on an appeal of a Burmese man who had spent eight years in direct provision and was prohibited from working, Eugene Quinn said:

“This landmark decision will benefit not only the 3,500 adult asylum seekers currently in Direct Provision but also all future asylum seekers. A right to work will enable a person seeking asylum to live with greater dignity and affirm their sense of self-worth while awaiting a final determination of their claim.”

JRS Ireland offers services in 13 direct provision centres and has found that the issue of greatest concern to asylum seekers is the length of time in the system and the prohibition on work.

Such a ban denies asylum seekers autonomy and control over their own lives, according to Mr Quinn. He listed the human costs associated with the ban on seeking work as: boredom, isolation and social exclusion; obsolescence of skills and creation of dependency; and negative impacts on physical, emotional and mental health. 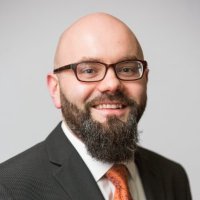 The Immigrant Council of Ireland stated that the ruling is “unqualified good news” and that ending this ban on work will be beneficial in the immediate term in vindicating asylum seekers’ right to work.

In the longer term it will be good for both asylum seekers and Irish society, because it is essential for successful integration.

“From working with asylum seekers over the years we know the impact of the work ban goes much further than simply being denied the right to get a job. It affects self-esteem, mental health, their children, limits them to a life lived in poverty and affects their opportunity to integrate into Irish society,” said Brian Killoran, CEO of the Immigrant Council of Ireland.

He explained that this affects nearly all of its clients in the asylum process, including victims of trafficking. Some of those seeking asylum have professional qualifications but are denied the opportunity to practise and progress in their area of expertise because of this ban.

Brian Killoran added, “We will be closely monitoring the next six months while the related legislation is examined to see if it can address the situation.”

The Immigrant Council strongly believes asylum seekers should be granted the right to work at six months – which is the time limit within which they are supposed to receive a decision on their application and which is therefore fair and fitting.