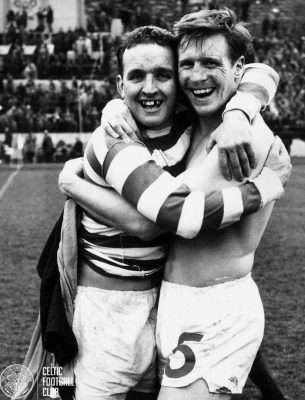 The special Mass on Thursday 16 May at the SMA (Society of African Missions) Church, Wilton, Cork, is being organised by a former pupil of SMA, 88-year-old Blackrock resident Martin Gordan. He spent many years in Glasgow and was a friend of Billy McNeill, and spoke to him before his death in April.

Martin Gordan has asked for a Celtic representative to attend the Mass in Cork and also expects Lisbon Lions’ Jim Craig, Bobby Lennox and Berti Auld to attend, “provided their health allows”.

The Celtic team management is supporting the occasion and has sent a Celtic shirt with McNeill’s name and well-known number 5 on the back. The shirt will be displayed in the sanctuary during the Mass.

“I was approached by Martin who is organising it,” Fr Michael O’Leary, PP, SMA Parish, Wilton, told CatholicIreland.net. “He thinks there should be quite a few Celtic fans in Cork. I have been told there are one or two pubs where Celtic fans gather locally.”

Celtic supporters attending the Mass in Cork are encouraged to wear Celtic scarves and jerseys. The Mass will also be streamed live online, a facility being offered by SMA Wilton on its website.

“With the web camera in the church there are possibilities – already I heard a parishioners saying they might tell their cousins in Scotland about that, or their uncle somewhere else,” he said.

Billy McNeill died on 22 April aged 79, having made 800 appearances for the Scottish team Celtic and winning 31 major trophies. He is considered one of the team’s greatest captains ever, who went on to be one of the club’s most successful managers. He was given the nickname Cesar and was the first ever British player to add to their victories the European Cup with a famous 2–1 win over Italy’s Internazionale on 25 May 1967. 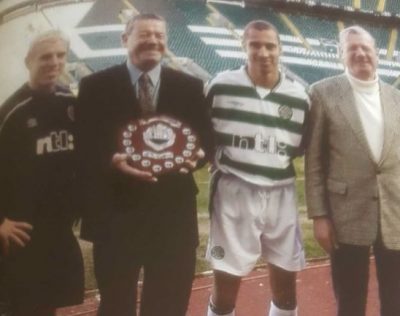 “The [Celtic] team had great following among the Catholics in Scotland. So I imagine he was a hero in his day among soccer supporters,” said Fr O’Leary.

Ryan Morgan, a Welsh tenor who lives and works in Cork, will lead the singing at the Mass with a special rendition of “You’ll never walk alone”, which has been adopted as an anthem by Celtic. It has also been known as a Liverpool soccer team anthem, but the song was adopted by Celtic after a 1966 Cup Winners Cup semi-final against Liverpool at Anfield.

The famous Celtic club was set up by a Marist brother, Brother Walfrid, who was born in Ballymote, Co. Sligo. He founded the Celtic Football Club in 1888 to help raise funds for the poor in the east end of Glasgow. His work often involved organising football matches for the barefoot children in the districts where he worked.

The Mass is on tomorrow (Thursday 16 May) at 7.30 p.m. at St Joseph’s Church, Wilton, Cork. For live streaming and other details see: See: http://www.smawilton.ie.