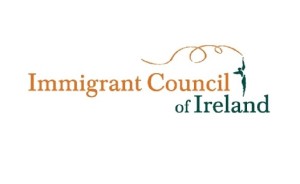 The Immigrant Council of Ireland (ICI) has welcomed the Gardaí’s decision to log crimes of hate, racism, islamophobia and homophobia on its PULSE system.

ICI stated this is a major step towards combating racism and hate, and sends a strong message to victims to come forward.

Some 217 reports were made in the Republic of Ireland since the start of the year, an increase from 144 during 2013, while at one stage the Police Service of Northern Ireland was logging 700% more cases than Gardaí.

“The decision to allow Gardaí across the country to log crimes as acts of hatred and racism not only brings the Gardaí into line with the PSNI and other European police forces but also tells victims that they do not have to suffer in silence,” said  Brian Killoran, Chief Executive of the ICI.

“The message is going out loud and clear that no-one should have to fear a brick through their bedroom window, abuse when going to the local shop or discrimination of any form.” 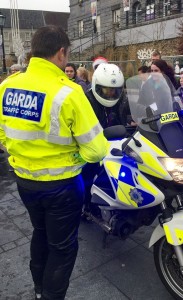 For the first time updates to the *PULSE system will allow Gardaí to log crimes in categories including racism, homophobic, anti-traveller, ageist, acts against people with disabilities, sectarian, anti Roma, islamophobia, anti-semitic, transphobia and gender related.

Teresa Buczkowska, Integration Coordinator with the Immigrant Council stated, “The changes in the PULSE system follow an extensive campaign seeking reform in the way race and hate crimes are recorded and handled in Ireland.”

“Ending complacency is the first step and we welcome the fact that the Gardaí have joined us in that battle.”

She added that the impact of the new reporting system must be kept under review in the coming months, and the ICI would also like to see the introduction of 24/7 hotlines and other technologies to re-assure victims

The number of racist incidents reported to the ICI increased by 51% during 2014 according to figures published on 18 December 2014.

Verbal harassment made up the largest number at 38% with some 115 instances.

On equal level at 9% was written harassment and social exclusion, and 6% and 5% respectively suffered property damage and racist graffiti.

21% or 45 instances took place at work and 17% – in home and local communities. 13% suffered racists incidences while accessing government or community services and a similar number while travelling on public transport.

African people were most targeted against with 78 instances or 36%, and next was 19% or 42 instances against immigrants and 13% against 28 Eastern Europeans.

The ICI has been involved in a prolonged campaign to reform the way racism is recorded.