Wealth inequality is a matter of life and death, CSO figures reveal 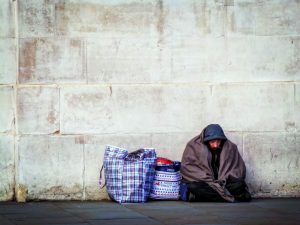 In the mainstream media, coverage of these grim statistics focused much on the fact that Protestant adherents have a lower mortality rate than Roman Catholics.

Some commentators speculated that this sectarian difference might be the result of a so-called “famine gene”, an inheritable DNA mutation that occurs in times of hunger and stress. It is theorised that Catholic descendants of famine survivors are more likely to eat unhealthily because of this famine gene.

The Catholic death rate is 17 per cent greater than the standardised death rate for Protestant adherents. This is a statistically significant difference, but one that is not as great as the enormous difference in the death rate of the rich and the poor.

Church of Ireland journalist Victoria White, writing in The Cork Examiner, said: “I feel certain that the reason Protestants still outlive Catholics in this state is because Protestants have a history of wealth while Catholics do not.”