Home > News > Another vicious attack on a priest

Another vicious attack on a priest 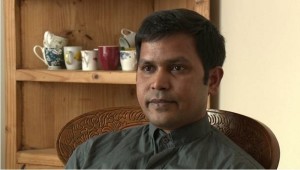 Fr Dominic Savio, a Benedictine priest from India has described his recent ordeal when two robbers broke into his house, as “a terrible experience”.

Fr Savio opened his front door last Saturday night to be confronted with two men brandishing knives. “They were beating me because I made a lot of screaming and then they threatened me with the knife,” he told Sean O’Rourke on RTÉ radio.

The priest from the Tamil region in India had been in Portlaoise just two weeks providing cover while Fr George Augustine and Fr Paddy Byrne are away with the parish pilgrimage in Lourdes.

Fr Savio was dragged through the house. The burglars took his laptop, mobile and €300, but they wanted more. “They told me they would kill me,” he said.

Fr Savio said he pleaded with them to take whatever they wanted but not to harm him. He said they threatened to cut his thumb off if he didn’t give them more money and they also held the blade to his throat, cutting him. “I told them whatever you want you take it and go. Don’t harm me. They were demanding more money but I didn’t have it,” he said.

According to Fr Savio the attack lasted about 20 minutes. When they left he locked himself in his room. He was so traumatised that it was not until 6.00am on Sunday morning that he finally managed to phone Indian friends in Portlaoise, who contacted the emergency services. He was taken to Portlaoise hospital, where his wounds were treated. 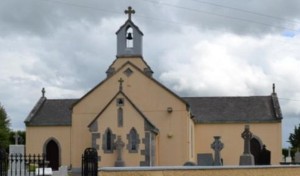 Commenting on the appalling attack, Mgr John Byrne said: “They terrorised him. He had cuts to his neck and his hand was bleeding. He went thought a shocking ordeal.”

The parish priest said local people were embarrassed that such an attack could happen a visitor to their town. He told RTÉ radio it was “a terrible experience for a young man who had just come here. I was very shocked but greatly relieved that there wasn’t a worse outcome”.

Fr Savio is studying in Rome and plans to remain in Portlaoise for the next two weeks providing cover.

Gardaí are looking at CCTV footage in the area and have appealed to the public for witnesses.