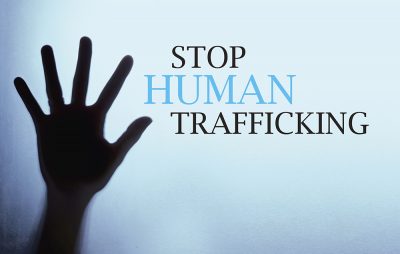 The Secretary of State at the Vatican has expressed concern that human trafficking is outpacing efforts to combat it.

Speaking to a meeting organised by the Group of Friends United Against Human Trafficking in New York on Thursday, Cardinal Pietro Parolin called for greater action in response to the growing global phenomenon of human trafficking.

The event took place on the sidelines of the 74th Session of the United Nations General Assembly.

Noting that some 41 million men, women, boys and girls are victims of human trafficking, Cardinal Parolin said it was one of the darkest and most revolting realities in the world today.

Quoting Pope Francis, he described trafficking as “an open wound on the body of contemporary society… a crime against humanity”.

“It is an atrocious scourge that is present throughout the world on a broad scale.”

The Cardinal, who headed the Vatican’s delegation to the General Assembly, said progress has been made against the scourge through international protocols, action plans and other initiatives.

But he stressed that much more needs to be done because international “mobilisation has not been comparable in size to that of metastasizing cancer of human trafficking”. He said the number of those enslaved keeps growing.

Cardinal Parolin recalled Pope Francis’s address to the UN General Assembly in 2015, where he said that solemn commitments are not enough. “We must ensure that our efforts are truly effective in the struggle against human trafficking, the marketing of human organs and tissues, the sexual exploitation of boys and girls, slave labour, including prostitution, and other evils.”

Cardinal Parolin suggested that prevention would require concerted efforts to address the issues that drive human trafficking such as the social, economic, cultural, political factors that make people vulnerable.

Armed conflicts, forced migration and cultural and ethical factors, such as avarice, pornography and prostitution, he said, increase the demand for exploiting human beings.

He also spoke about formulating comprehensive policies and programmes, and developing educational and awareness-raising campaigns.

Elsewhere in his address, Cardinal Parolin called for more action in the prosecution of traffickers, saying that despite adequate legal instruments, there are very few convictions and most traffickers still operate with impunity.

He appealed for better partnerships among various sectors of society and the international community to eradicate trafficking and rehabilitate survivors, and highlighted two worldwide partnerships within the Catholic Church.

On the same day as Cardinal Parolin made his comments, Pope Francis met participants in the general assembly of Talitha Kum, and he urged more congregations and Church sectors to join together in tackling this worldwide challenge.

The Pope expressed admiration for Talitha Kum’s achievements since it began in 2009.

Today it includes 52 networks of women’s congregations active in 92 countries. It also includes 2,000 volunteers who have helped more than 15,000 victims and reached out to more than 200,000 people in prevention and awareness-raising activities.

“The numerous congregations that have worked and are working in the forefront of the Church’s missionary action against the scourge of trafficking in persons deserve gratitude,” the Pope said.

He urged those congregations preoccupied with their internal problems to join the fight against human trafficking, saying their problems will be solved by going out to the streets and letting in fresh air.