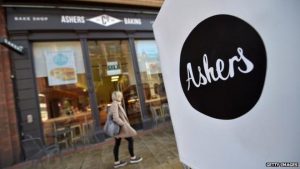 The highest court in the UK will this autumn hear the case of a Christian-owned bakery which was judged to have breached equality laws by refusing to make a wedding cake that supported gay marriage.

The Supreme Court in the UK has listed a two-day hearing for legal arguments for October. A lower court last year ruled that the refusal of family-run Ashers to make a cake iced with the slogan ‘Support Gay Marriage’ in 2014 was discriminatory. The order was placed at its Belfast shop by LGBT activist Gareth Lee.

Speaking to the Belfast Telegraph newspaper, Daniel McArthur, General Manager of Ashers, said: “The fact that the Supreme Court is willing to hear arguments is very encouraging and reflects the importance of the issues and the high-profile nature of the case.”

The case against Ashers was taken by Mr Lee with support from Northern Ireland’s Equality Commission. The controversy occurred when Mr Lee ordered a cake featuring Sesame Street puppets Bert and Ernie for a private function marking International Day Against Homophobia.

Mr Lee’s order was accepted and paid in full. However, two days later, the company called him to say it could not proceed due to the message requested.

In the original court case, District Judge Isobel Brownlie ruled that religious beliefs could not dictate the law and ordered the firm to pay damages of £500. Mounting an appeal, Ashers contended that it never had an issue with Mr Lee’s sexuality, but rather the message he was seeking to put on the cake. The business said the slogan was inconsistent with their deeply held religious beliefs.

Mr Calvert said such an application was necessary so that if the family so chose, it could then appeal the judgment to the European Court of Human Rights in Strasbourg. Mr Calvert explained that this procedure was required because the European Court would only take an appeal if “all domestic remedies had been exhausted”. He said that the family had not decided whether it would take the case to Strasbourg.

The name of the bakery firm Ashers is a biblical reference to a tribe of bakers from Israel. It was established 22 years ago and has seven shops throughout Northern Ireland.