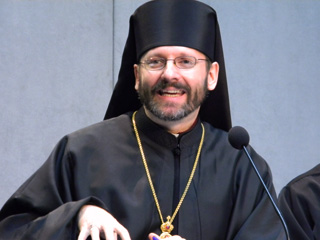 Two senior churchmen from Ukraine have appealed to European nations for continued solidarity, support and prayers for their country.

Archbishop Sviatoslav Shevchuk said Ukraine is living through a dark time because of its uncertainty.

But he added that it was also a moment of great hope because Maidan, Kiev’s main square, had become a yeast that has caused the whole Ukrainian population to ferment.

Archbishop Sviatoslav Shevchuk is the Major Archbishop of the Ukrainian Greek Catholic Church.

Speaking at a press conference held at Vatican Radio yesterday (25th February) he said: “I would like to ask Europeans to wake up, because what is happening in Ukraine, sooner or later, will touch all of you.”

He said Ukraine was part of Europe and “if people continue to pretend that nothing is happening, not only will things worsen in Eastern Europe, but this will cause great lack of faith in European values in the Western nations.”

Archbishop Shevchuk also drew attention to the difficulties Ukrainian students had in obtaining visas to study in Europe and appealed for solidarity and help for the many thousands who have been wounded during the Maidan uprising.

Many neighbouring countries like Poland, Lithuania, the Czech Republic and Slovakia have already offered to take in the wounded.

Germany, Poland and France sent their foreign ministers to Ukraine to act as peace mediators in the most difficult moment of the standoff.

“This kind of solidarity must continue because the danger that one of our neighbours will provoke a civil war has not blown over,” he cautioned. 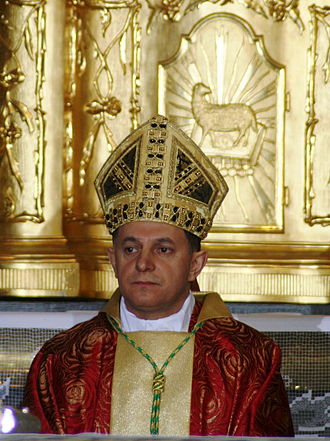 In an interview with Catholic charity Aid to the Church in Need (ACN), the Archbishop of Lviv said, “These gestures of solidarity are very important and dear to us.”

According to ACN, between 88 and 100 people died in last week’s clashes, and 2,000 people had been wounded, with Kiev’s St Alexander Cathedral being used as an operating theatre.

The archbishop said the turmoil of the past weeks had changed Ukrainians’ political and social outlook.

“People have developed a deeper sense of responsibility for the country as citizens and a deeper conscience of civic duty,” he said.

“On Maidan Square, there was an atmosphere of solidarity, regardless of denomination, rite, and ethnicity. All were one. All were united.”

Archbishop Mokrzycki gave his comments on Friday 21 February, just hours before President Yanukovych suddenly left the country after MPs voted to remove him.

Ukraine has for many years been a priority country for Aid to the Church in Need.

The charity has helped the country’s Christian Churches get bak on their feet, notably the Ukrainian Greek Catholic Church, which for 70 years was heavily persecuted under the Soviet communist regime.

Support for nearly 1,000 seminarians and help for catechists remain essential to the charity’s work in the country.