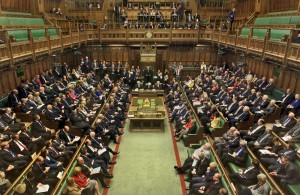 The campaign waged by ISIS against Christians, Yazidis and other religious groups in Iraq and Syria has been recognised by MPs in the House of Commons as genocide.

In a vote on Wednesday, MPs unanimously supported by 278-0 the genocide declaration, and also condemned ISIS’ atrocities and called for them to be referred to the UN.

The declaration follows a similar declaration by the US House of Representatives in March and the European Parliament in February.

The British Foreign Office was behind the Conservative government’s abstention policy, directing ministers and parliamentary aides to abstain from the vote on Wednesday.

The Foreign Office suggested it was wrong for the government to act as a jury on a case that may yet be referred to the international criminal court.

Conservative MP, Fiona Bruce, who moved the motion, said genocide was the most appropriate term to describe ISIS’s campaign of murder, rape, and destruction.

“After the horrors of the Holocaust, the words ‘Never again’ resounded through civilisation. We must not let them resound again.”

She added that the “overwhelming” evidence of the atrocities of Daesh [Islamic State] in Syria and Iraq is considered genocide by the UN Security Council and the international criminal court.

Mrs Bruce highlighted that the crimes committed by ISIS include the rape of children, the killing by crucifixion of Christians and systematic violence against religious minorities.

Last year, Pope Francis appealed to the international community to “Do something to put a stop to the violence and oppression.”

Speaking after the beatification of the martyred Syriac Bishop Flavien-Michel Malke, the Pontiff said, “In the context of a tremendous persecution of Christians, he was an untiring defender of the rights of his people, exhorting all of them to remain firm in their faith.”

“Today as well, in the Middle East and other parts of the world, Christians are persecuted,” the Pope said. “

Departing from his prepared text, Pope Francis told people in the square, “There are more martyrs (today) than there were in the first centuries” of Christianity.

He prayed that the beatification would “also be a stimulus for legislators and those who govern so that religious freedom would be guaranteed everywhere. And I ask the international community to do something to put a stop to the violence and oppression.”