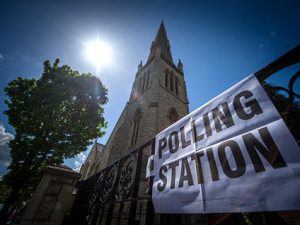 Freedom of religion, help for the poor, and continuation of a ban on assisted dying are among the issues that the Bishops of England and Wales have urged Catholics to raise with politicians as the election approaches.

In a letter distributed in parishes across dioceses, the bishops encourage Catholics to play an active part in the election.

They do not recommend voting for any particular political party, as that is a matter of conscience, but the bishops encourage people to use their vote at this pivotal time as the UK prepares to leave the European Union.

In the letter they quote Pope Francis’ Evangelii Gaudium to illustrate principles and values for voters.

“To a great extent the outcome of this election will determine the approach taken on how this [leaving the European Union] is achieved, the priorities we pursue and the values we wish to treasure as our own in the UK and as partners with countries around the world,” the bishops state.

“It will determine how we can heal divisions in our society, care for the vulnerable, how our public services are run and whether we can remain a united kingdom.”

The letter also notes that more than 845,000 children in England and Wales are educated in Catholic schools. Voters could ask candidates if they support parental choice and Catholic schools as part of this choice for faith based education.

They urge voters to consider not just how the issues will impact on their own families but on the wider world.

“The UK has a long and worthy tradition of generosity and justice. The values contained in these questions are fundamental to our way of life and the good of society,” the bishops state.

On 6 May, Church of England Archbishops Justin Welby of Canterbury and John Sentamu of York sent a pastoral letter to the parishes and chaplaincies urging people to set aside “apathy and cynicism”.

The three-page letter encourages voters to remember Britain’s Christian history and heritage as well as a concern for future generations and God’s creation as they make their decisions.

It lauds marriage, family and households as the building blocks of society which should be “nurtured and supported” as a “blessing”.

At a time when political differences are felt more intensely, the Archbishops state the “first obligation” of Christians is to pray for those standing for office and recognise the personal costs and burdens carried by those in political life and by their families.

The letter also calls for space for faith in political debate and says politicians must be free to speak openly about their own beliefs and convictions and treated fairly for doing so.

“This election is being contested against the backdrop of deep and profound questions of identity,” they state. “Opportunities to renew and re-imagine our shared values as a country and a United Kingdom of Great Britain and Northern Ireland only come around every few generations. We are in such a time.”

They highlight the importance of standing up for those suffering persecution  for their faith around the world, and state that faith has a unique role to play in preventing extremism and religiously motivated violence.

“Contemporary politics needs to re-evaluate the importance of religious belief,” they state. 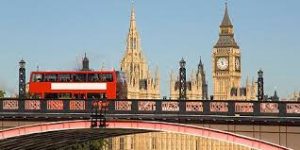 Parishes and chaplaincies of the Church of England serve people of all faiths and none and their contribution and that of other denominations and faiths to the well-being of the nation is immense.

They are involved in schools, food banks, social support and childcare among many other services, but the Archbishops caution that the role of faith in society is not just measured in terms of service delivery. They urge the new Parliament to take religious freedom seriously and to work to improve religious literacy.

They add that religiously motivated violence and extremism, at home and overseas, cannot be solved by further secularisation of the public realm.