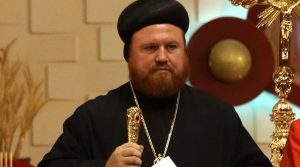 It has emerged that two leading Syrian Orthodox prelates were denied visas by Britain recently, preventing them from attending the dedication of St Thomas Cathedral, the first Syriac Orthodox cathedral in London.

Archbishops Nicodemus Daoud Sharaf and Timothy Mosa Alshamany are now living in Iraqi Kurdistan because their dioceses in Syria have been overrun by ISIS.

British government officials said the Orthodox prelates could not demonstrate that they had sufficient financial resources to support themselves during their visit and expressed fears that they might have filed for asylum.

The ceremony of consecration took place on 24 November at the new cathedral in Acton, west London.

It was hosted by Mor Athanasius Toma Dawod. The Patriarch of Antioch and All the East, Mor Ignatius Aphrem II, who was in Ireland last week to highlight the need for peace and dialogue in Syria, was also present.

The Archbishop of Mosul, Mor Nicodemus Daoud Sharaf, and Mor Timothy Mosa Alshamany, the Archbishop of St Matthew’s, north of Mosul, were denied visas. A third archbishop, Mor Selwanos Boutros Alnemeh of Homs and Hama in Syria, tried to apply for a visa online, but was told by the British Embassy in Lebanon that he was unlikely to succeed as a Syrian national. 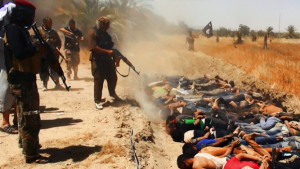 In a statement, the Barnabus Fund, a charity for persecuted Christians said, “These senior church leaders, whose members are experiencing genocide, were denied visas to attend the consecration of the cathedral, which provides spiritual care for some of their flock who have obtained refuge in the UK.”

The charity said UK visas had been granted to Muslim clerics from Pakistan who had praised the killer of a politician who campaigned to protect Christians from blasphemy laws.

Prince Charles was the guest of honour at the consecration of the new St Thomas Cathedral. He addressed the congregation and told them its opening was “deeply encouraging” as Christians were going through “appalling suffering” in Iraq and Syria.

The UK Prime Minister, Theresa May, sent a letter to be read out to the congregation in which she spoke of how “the appalling violence that has afflicted so many areas of the Middle East reminds us how fortunate we are to live in a country where different religious beliefs are not only tolerated, but welcomed”.

The areas of each of three bishops have been taken over by Islamic State, and Christians have been executed or forced to accept ‘dhimmitude’ and pay fines. Churches there have been either destroyed or converted into mosques.

According to Independent Catholic News, the Archbishop of Mosul was in fact the last senior churchman to leave Mosul in July 2014 when IS seized it. His cathedral is now a mosque.

Dr Martin Parsons of the Barnabas Fund, which has helped more than 8,000 Christians escape persecution at the hands of IS, said it was “unbelievable that these persecuted Christians who come from the cradle of Christianity are being told there is no room at the inn, when the UK is offering a welcome to Islamists who persecute Christians.”