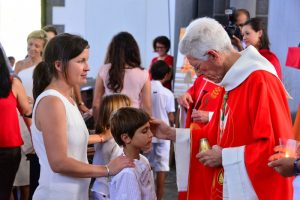 Two of the 17 new cardinals Pope Francis announced on Sunday have links with Ireland.

Following the Angelus on Sunday, the Pope named the latest cohort of cardinals and highlighted that they hailed from 11 nations, which he said was an expression of the universality of the Church.

The Pontiff said he would concelebrate Mass with the new cardinals on Sunday 20 November, the Solemnity of Christ the King, at the conclusion of the Extraordinary Holy Year of Mercy.

The list of cardinals includes Bishop Maurice Piat CSSp, who has been Bishop of Port-Louis in his native Mauritius since 1993.

Educated by the Spiritans at the Collège du St Esprit in his home country, the future cardinal arrived in Ireland at the age of 20.

After profession at the Spiritan novitiate – then based in Co Tipperary – he moved to Kimmage Manor, where he continued to study from 1962 to 1968.

He also completed his BA in UCD and one of his fellow students recalls that, as he cycled to university, the Mauritian seminarian was happy to speak French when the opportunity arose.

Having completed his studies in the French Seminary in Rome, the newly ordained Fr Piat was appointed to Mauritius. He initially taught and worked with youth.

Spiritan Provincial in Ireland, Fr Marc Whelan CSSp, one of a number of Irish Spiritans to have served in Mauritius, explained that “Bishop Piat said that he only heard the news of his nomination when a friend phoned to congratulate him. He didn’t believe it.”

Bishop Piat, who has returned to Ireland many times since his ordination, told Vatican Radio over the weekend that he was “very thankful to Pope Francis for having called me to such a responsibility. I am very touched by the trust he puts in me which is far from being deserved. I am at his disposal for whatever service he will ask of me.”

Another prelate who will be elevated to the cardinalate in November is also a Spiritan missionary, 49-year-old Archbishop Dieudonné Nzapalainga CSSp of Bangui in the Central African Republic.

The Irish-born former Bishop of Dallas, Bishop Kevin Farrell, who was recently appointed by Pope Francis as Prefect of the new Dicastery for Laity, the Family and Life, is also among the 17 prelates who will become members of the College of Cardinals. 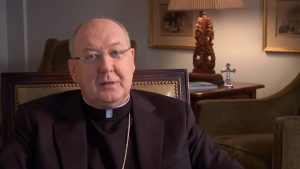 Bishop Farrell was born in Dublin in 1947 and ordained a priest of the Legionaries of Christ in 1978.

Six years later, he left the Legionaries and became a priest of the Archdiocese of Washington.

He is a brother of Bishop Brian Farrell, secretary of the Pontifical Council for Promoting Christian Unity, who also joined the Legionaries of Christ.

Pope St John Paul II named him auxiliary bishop of Washington in 2001, and Pope Benedict XVI appointed him bishop of Dallas in 2007.

Pope Francis will have appointed 44 of the 120 cardinals eligible to vote in a conclave with this latest cohort of prelates.

The Pope said his criteria for choosing cardinals is having some “from everywhere”, so “you see in the College of Cardinals the universality of the church.”