The Irish bishops have made a submission to the Citizens’ Assembly on the right to life of the unborn, as acknowledged in the Eighth Amendment to the Constitution. 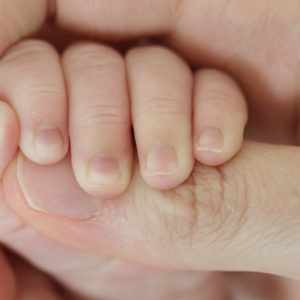 Formed earlier this year as part of the programme for government, the Assembly is charged with examining a number of constitutional controversies and possible areas for reform.

These include an examination of the merits of Article 40.3.3, which says that “The State acknowledges the right to life of the unborn and, with due regard to the equal right to life of the mother, guarantees in its laws to respect, and, as far as practicable, by its laws to defend and vindicate that right.” At present, there is a concerted effort to ‘repeal the eighth’, an effort that the pro-life movement is resisting.

In their submission, the bishops say that the Eighth Amendment celebrates the equality of the mother and the unborn child. They say: “We have an obligation to be at our most compassionate, our most merciful, if and when the expectant mother and father and their unborn child require support during a crisis pregnancy. Supporting and sustaining a culture of life is in the interests of every generation and it defines us as a society.

“There is no such thing as a human life without value. The deletion or amendment of Article 40.3.3, would serve no purpose other than to withdraw the right to life from some categories of unborn children. To do so would radically change the principle, for all unborn children and indeed for all of us, that the right to life is a fundamental human right.”

On a practical level, the bishops point out that many thousands of Irish people who might otherwise never have been born are alive as a direct result of the enactment of the Eighth Amendment. In a reference to the Repeal the Eighth campaigners they say: “We are concerned that language is being used with the intention of depersonalising certain categories of unborn children in a way which seeks to normalise abortion.

“We believe that every unborn child, irrespective of his or her medical condition or the circumstances of his or her birth, has the right to be treated equally before the law.

“Where a seriously ill pregnant woman needs medical treatment which may, as a secondary effect, put the life of her baby at risk, such treatments are always ethically permissible provided every effort has been made to save the life of both the mother and her baby. Abortion, by contrast, is the direct and intentional destruction of an unborn baby and is gravely immoral in all circumstances. It is not a medical treatment.”

The full text of the bishops’ submission, ‘Two Lives, One Love’, will be made available in parishes across the country in the coming weeks.