Try to keep up with modern technology, says CGA founder 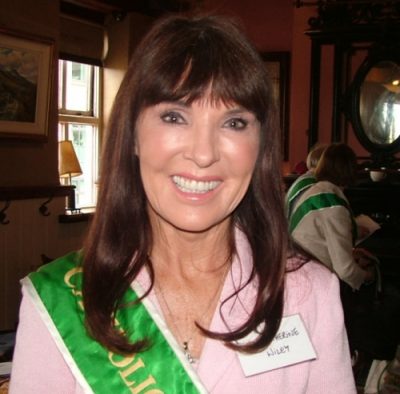 Grandparents need to be catechised and taught how to keep up with modern methods of technology, the leader of an international Catholic association has said.

They see their grandchildren with their heads always stuck in screens, Catherine Wiley, founder of the Catholic Grandparents Association (CGA) told CatholicIreland.net.

“The children have a myopic view and the way they learn is on things like iPads. They learn with immediate gratification – if you get a question right, it’s right there telling them ‘good job’ and there’s an icon telling them that.”

So we need to understand that when they’re looking at religion or relationships, that’s the basis for their learning, she continued. They learn through “immediate gratification”.

The grandmother of 10 whose organisation is now registered in 27 countries around the world said it was important for grandparents to “learn the technology that is teaching our grandchildren and to apply that same technology to what they want to teach them”.

Ms Wiley recommended combining “life experience” with technology and using both mediums to teach grandchildren what they believe about faith.

“Grandparents have a lot to offer. They have got the family background, the historical background of the faith and they represent what a good life is and what happens when we apply religion to our lives.” However, she added that above all, the main means to transmit faith was through love. “If you love, you can do everything.”

She expressed concern about the manners of children today. Her own grandchildren are constantly asking questions of Siri (Apple’s voice-controlled personal assistant which works on their phones and computers). “When I’m with them, every time I ask Siri something I say ‘please’ when I begin and ‘thank you’ afterwards, but what application is teaching them manners? Where are they being taught what’s right and what’s wrong?” she asked.

The CGA grew out of the first Grandparents Pilgrimage to the Marian Shrine of Walsingham in Norfolk in 2002. The inspiration for the pilgrimage came to Catherine Wiley, who has made it her life’s mission to promote the vocation of grandparents in passing on the faith.

In Ireland the National Grandparents Pilgrimage to Knock, one of the association’s largest events, takes place on the second Sunday in September every year, involving up to 20,000 people. The CGA’s patron in Ireland is Archbishop Michael Neary of the Tuam diocese.