Trump urged to promote peace and well-being in world 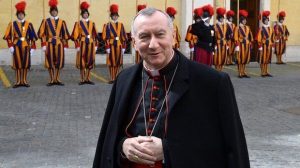 The Vatican has expressed a hope that the newly elected American president, Donald Trump, will be guided by God to serve his country but also to promote peace and well-being in the world.

Secretary of State, Cardinal Pietro Parolin, was talking to journalists and Vatican Radio in Rome on Wednesday 9 November, and said he respected the will of the American people in their exercise of democracy.

“We send our congratulations to the new president,” he said, expressing the hope that his government “may bear real fruit”.

Cardinal Parolin said it was too soon to comment on issues such as immigration, as the views of presidential candidates often differ from their policies once they become president.

Cardinal Parolin concluded by saying he believes there is a need for everyone to work to change the situation in the world today, which is one of “grave wounds, of serious conflicts”.

The Irish President, Michael D Higgins, speaking on the outcome of the Presidential Election in the USA stated: “Ireland has a long and deep connection with the United States and its people. I have conveyed my best wishes to President Elect Donald Trump, wishing him and the American people every good fortune for his term in office.”

Irish Jesuit theologian, Gerry O’Hanlon, echoed the feelings of many who expressed dismay at the election of Donald Trump. In an interview with Pat Coyle of Irish Jesuit Communications, he said that on reflection he sees that many people today feel alienated from the establishment.

On occasions like the American election and the Brexit vote, they express dissatisfaction in a way that is unhelpful. However, they are expressing their experience of a serious disconnect from many of the institutions that should be meaningful in their lives. This is also seen in Ireland in the huge homelessness problem and the deep dissatisfaction felt by Gardaí, teachers, nurses and other public servants.

He suggested that there is a need for people of vision in both secular and Church life who will articulate a new vision for humanity in the 21st century.

“Pope Francis is such a person,” he claimed. “So is our President, Michael D Higgins.” They speak out about the injustice of the way the world is organised – the  economy of inequality and social exclusion, he said.

However, he stated that the institutional Church needs to act in a more inclusive and less hierarchical way. The secular state has to encourage leaders of substance, like the early founders of the EU – an institution which also seems to have  disconnected from its citizens.

CNA/EWTN News has reported that Bishops in the United States called on Catholics to pray for elected officials, and urged them to work for unity and to promote the common good.

“Now is the moment to move toward the responsibility of governing for the common good of all citizens,” Archbishop Joseph Kurtz of Louisville, president of the U.S. Conference of Catholic Bishops, stated after the Republican Donald Trump was elected.

“Let us not see each other in the divisive light of Democrat or Republican or any other political party, but rather, let us see the face of Christ in our neighbors, especially the suffering or those with whom we may disagree,” he added. 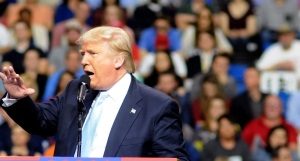 According to the New York Times exit polls, Catholics overall voted 52 per cent for Trump and 45 per cent for Clinton.

American internet publisher, LifeNews, referring to Hillary Clinton as the pro-abortion candidate, has called for donations from American and global followers to help hold Donald Trump to account.

“Whether you voted for Trump or not, we must hold President-elect Donald Trump’s feet to the fire when it comes to the various pro-life pledges he made,” stated Steven Ertelt, Editor, LifeNews.com.

He explained that during the presidential election, the pro-life movement was split. Some pro-life groups and leaders endorsed Trump for his stance on a number of issues. For example, he pledged to defund Planned Parenthood, to sign pro-life legislation and to protect laws that stopped taxpayer funding of abortions.

Other pro-life advocates were concerned about Trump’s seemingly contradictory comments in the past about support for abortion and Planned Parenthood.