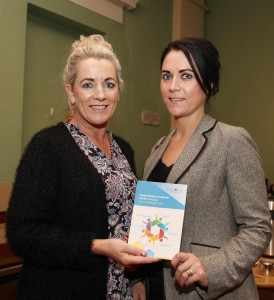 Archbishop Diarmuid Martin of Dublin has described the contribution of parish pastoral councils which were introduced in his diocese ten years ago as “truly remarkable” contributing to change and renewal in the Church in Dublin.

In his address to representatives of parish pastoral councils from Dublin’s 199 parishes at St Paul’s Church on Arran Quay, the Archbishop said “the Church in Dublin is much richer through the contribution that you have made”.

Referring to the last ten years, Archbishop Martin said they were “a difficult ten years”.

“We went through the crisis and the trauma of the sexual abuse scandals and the revelations of the Murphy Report. We introduced challenging norms of child protection which seemed at first, to make life more difficult in parishes.”

He paid tribute to the way in which lay men and women clearly took on responsibility to resolve a wound in Church life which they did not cause and to ensure that child safeguarding in the Church would be of the highest quality.

“Lay men and women quietly supported their priests at what was for them a difficult time,” he commented.

Referring to a report on the contribution of the councils over the past decade, he said it marked a new step as parish pastoral councils come of age, and as the diocese looks at how it can help councils to mature, to develop and to become sustainable as times change.

“The Report calls on all of us to embark on a genuine platform of reflection and formation for the future of parish pastoral councils. Some of these refer to things that each council can do within its own remit. The need for training and in-service is strongly advocated and this can be done in collaboration with the Diocesan Office for Evangelisation and Ecumenism,” he noted.

The report’s recommendations address internal challenges regarding the structure and functioning of parish pastoral councils, and look to the future in “missionary mode”, reaching out to young people, fostering programmes of faith formation and development, ensuring that each parish is a caring presence in the wider community in which it exists.

In his address, Archbishop Martin said the parish pastoral council of the future must respond to Pope Francis’ constant appeal to reach out to those on the various peripheries of society and modern life not just to assist them, but to listen to what they are saying to the Church. 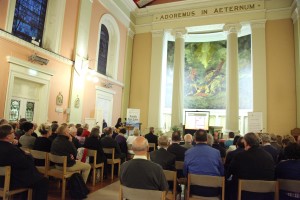 Representatives of Parish Pastoral Councils in the Archdiocese of Dublin attended the launch in St Paul’s Church on Arran Quay of a report on ten years’ of their work. Pic John Mc Elroy.

“The challenge we face is not just about what the parish pastoral council of 2020 will look like, but what will the Church look like in 2020.”

“Parish pastoral councils, I believe, will show themselves to be not just useful instruments for getting things done, but even more to be catalysts in ensuring a new vision of the Church, as God’s holy people, where each of us belongs, with our specific tasks and abilities, but where the sense of communion and community dominate, rather than personal preference or structures. This will involve a new relationship between priest and people, not one based on stature or power, but on service to each other and witness to the community around us.”

He urged the assembled representatives of the councils to never get bogged down in the mechanics and the internal workings of a parish pastoral council but to become “excited about communicating Jesus to others, especially our young people.”

The report can be read here: