In the wake of the crisis in the charity Console which has “shattered the nation’s trust in charities”  leading Catholic aid agencies have written to their supporters stressing that their own accounts are in order.

On Thursday the suicide prevention charity Pieta House was ordered to take over the services of Console which the High Court found to be ‘hopelessly insolvent’ with almost €300,000 of debts, much due in wages and to Revenue.

The charity offering support for families bereaved through suicide, employed 12 full-time staff and 60 counsellors. Console, founded by Paul Kelly, received about 6,000 requests for help every year, with an average of twenty nine calls to its helpline each day.

Some weeks ago Mr Kelly stepped down as Console CEO after a HSE audit into the charity showed huge financial irregularities. Mr Kelly was shown to have a history of deception and had spent large amounts of money on clothes, foreign trips, cars and salaries for himself and his wife.  On Thursday the High Court appointed a Liquidator and on Friday, its staff were made redundant.

After the High Court hearing on Thursday, Console’s interim chief executive David Hall said the  “crisis has shattered the nation’s trust in charities”.

Writing the same day, the Executive Director of the Catholic Aid Agency Trócaire,  Eamon Meehan, told supporters that “like everybody else in the country” he had been “shocked and dismayed” by what had emerged.

He emphasised that Trócaire’s financial accounts are independently audited and are publicly available on the charity’s website. “Our accounts are prepared according to the Statement of Recommended Practice for Charities (SORP), which is recognised as best practice by the Accounting Standards Board (ASB),” he wrote adding  “Trócaire pays no ‘top ups’ or bonuses to any member of staff.”

Neither do board members receive any payment for their work and they serve a maximum of two three-year terms, he said. 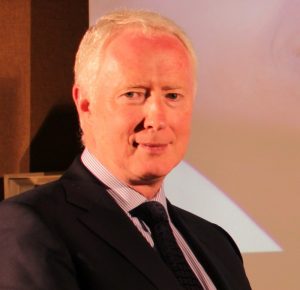 “We understand that when you donate to Trócaire you are trusting us to put that donation to best use to tackle poverty and injustice overseas. That is a responsibility we take extremely seriously.”

He continued: “I want you to know that Trócaire is committed to best financial practice. We are transparent, accountable and determined to work with our supporters in Ireland to end the scandal of poverty and injustice in the developing world.”

Last week Mr Meehan was in Ethiopia meeting  some of those receiving emergency relief from the agency.  The charity estimates it is helping  600,000 people in Ethiopia through its work.

“Our programmes in Ethiopia – funded through your generosity – are delivering vital aid to people experiencing the worst drought in decades,” he said.

The Chief Executive of Concern Dominic MacSorley also wrote to the Agency’s supporters stressing that 90.8 cents in every euro goes directly to the people Concern is helping.  “The impact of that work is subject to rigorous, independent review by auditors and funders. We are fully compliant with Governance and Fundraising codes and our annual report has won awards in each of the last six years for best-in-class accountability,” he wrote.

Concern is also appealing for funds for Ethiopia where “the El Niño effect has caused the worst drought in 50 years, wiped out crops and devastated livestock.”  Concern says that over 10 million people are rapidly running out of food and require urgent assistance.