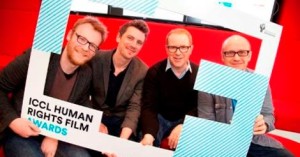 A Trócaire film about the struggles of indigenous Mayans in Guatemala is one of six to be shortlisted for the Irish Council for Civil Liberties (ICCL) 2014 Human Rights Film Awards.

Food Not Fuel is directed by Trócaire’s Alan Whelan and Eoghan Rice and presented by well known actor, Aidan Gillen.

It tells the story of a family in the Rio Frio community which was given only minutes to gather up personal belongings before being forced out of their home and land in the Polochic valley region.

They could only stand by as their home was burned to the ground because there were more than 100 police and security to evict them.

Large corporations are taking over land of indigenous people to grow crops such as sugar cane for biofuel.

The Mayans have been on the land for generations but have few legal documents or paperwork and so they can easily be evicted.

“There is a lot about policies and the statistics (of who owns the land) but you have to see the human impact of it,” Eoghan Rice told CatholicIreland.net. “I think that is what people relate to and it brings it home to them really.”

Trócaire has built shelter for the Mayan people who had been able to produce all the food they needed on their own land.

Now with land producing more fuel that food the price of food has also gone up making it even harder for these people.

Trócaire is fully behind the Food not Fuel campaign for this reason and urges European and other governments to cap the amount of biofuels used. The short film puts the case with clarity.

The film is among six short films chosen by a jury comprising some of Ireland’s leading talent in the film industry such as Frank director Lenny Abrahamson; playwright and screenwriter Conor McPherson (I Went Down, The Actors, The Eclipse); and Love/Hate’s Brian Gleeson.

They chose what they call “the cream” of entries to Ireland’s only human rights-themed short film competition.

Jury member Lenny Abrahamson said, “This year’s shortlist contains a range of Irish and international short films touching on human rights topics of urgent global and local significance, from the crisis of homelessness to the effects of the Syrian conflict.”

The Irish Council for Civil Liberties (ICCL) will host a Gala screening of the six shortlisted films on 26 June 2014 in Dublin’s Light House Cinema. 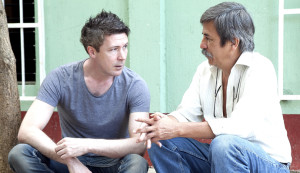 Other films include:
A Thin Line directed by Nacho Gil Cid De Diego and with music by Miguel Gomez Ortin, which examines the issue of homelessness and is filmed on the streets of Valencia.

The Room directed by Róisín Loughery explores the small moments of magic in an art class in the Sacred Heart Hospital in Castlebar, Co Mayo, with residents who have an acquired brain injury through stroke, accident or conditions such as Alzheimer’s.

Chaja and Mimi is directed by Eric Esser and tells the story of two people who have been best friends for 83 years and who chat about their complicated relationship with Germany and with Israel in a Tel Aviv café.

Modou Modou is directed by Virginia Manchado tells the story of migrant people of sub-Saharan origin, who reside in Europe.

Harmanli: Trapped on the Fringe of Freedom is directed by an Irish documentary maker Niamh Heery. She explores the life of Syrian asylum seekers inside the Harmanli camp in south-eastern Bulgaria.

The films can be viewed on: http://www.humanrightsfilmawards.org/index.php