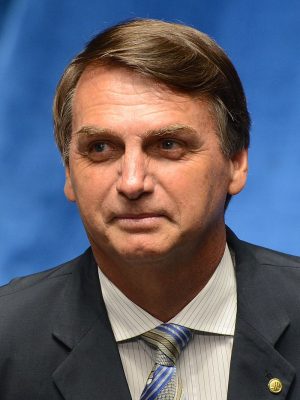 Trócaire says it is gravely concerned about the impact of the catastrophic fires blazing in the Amazon forest in Brazil and in other South American countries.

The Catholic overseas development agency’s CEO Caoimhe de Barra said the fires have a global impact because of the Amazon’s role in mitigating against the effects of climate change. They are also a threat to biodiversity and to the one million indigenous people who live in the Amazon basin.

Ms de Barra said she holds Brazilian prime minister Jair Bolsonaro responsible for the humanitarian and ecological disaster that is unfolding in the world’s largest rainforest as a result of the fires, which are being deliberately lit by cattle ranchers and loggers to clear land for commercial exploitation.

When Mr Bolsonaro was elected last year, Trócaire warned that the right-wing politician’s rise to power was bad news for vulnerable communities.

“Bolsonaro fought an election campaign on the basis of promises to open up what he would have called the ‘unproductive’ Amazon region for companies,” said Ms de Barra.

“Whether or not these companies actually have the legal entitlement to cause such devastating environmental damage with exploitative and reckless business practices, they now feel emboldened to set these fires to clear the very precious Amazon forest for mining, logging and commercial farms.

“We see this pattern of destruction and the destruction of local people’s livelihoods and rights globally and, because of this, there is a real need for international action.

“The tactics of the Bolsonaro government are straight out of the political playbook of populist leaders – they attempt to delegitimise NGOs and indigenous peoples’ groups who are, in fact, trying to protect environmental resources as well as rights and livelihoods.”

Ms de Barra said this sweeping away of minority communities’ rights and their legitimate concerns is happening worldwide as a result of the rise in populist politics.

“Populist leaders are attempting to smear environmental groups and human rights defenders, and we see this regularly in various parts of the world and in countries where Trócaire works,” Ms de Barra said.