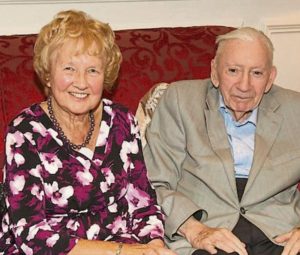 Tributes have been paid to the former Fianna Fáil senator Des Hanafin, who died on Thursday 22 June 2017 aged 86.

Fianna Fáil leader Micheál Martin said the former senator was “a man steeped in politics and community. His dedication to public service was passed on to both his children, John and Mary, who both went into public life serving as a senator and as a government minister respectively.”

Mr Martin added: “I know that seeing both his children achieve high office was a source of great pride to him.”

Senator Hanafin was co-founder of the Pro Life Campaign (PLC) and remained, to his death, its Honorary President. “Des was a great man who made an enormous contribution to Irish public life. He was also a wonderful raconteur and always tremendous company,” said PLC spokesperson Cora Sherlock.

“On the issues he is most identified with, he took his stand out of a deep personal conviction and went to great lengths to make his point without causing offence to others. He made no end of personal sacrifices in helping the pro-life cause and was always prepared to go the extra mile.”

Ms Sherlock said those belonging to the PLC were “very fortunate to have known him so well and to have benefited from his advice and wisdom right up to the end of his life”. On behalf of the organisation, she extended her sympathy to his wife Mona, daughter Mary, son John and the extended family.

Des Hanafin was born in Thurles in 1930. His father Johnny was a shopkeeper who served for many years as a Fianna Fáil councillor in North Tipperary. In 1955, two years after his father’s death, Des was elected to North Tipperary Council and a year later became chairman of the council. He remained a councillor for the next 30 years.

In 1958 Mr Hanafin married Mona Brady in Clonmel, Tipperary. A woman of strong faith, she went to see Padre Pio at San Giovanni Rotondo when she developed cancer. Mona Hanafin said the stigmatic priest, who is now a saint, cured her of cancer.

In 1965 Des Hanafin was elected to the Seanad. Meanwhile, he was running the Anner Hotel, but the business venture failed due to his heavy drinking. His wife wrote to Padre Pio for help. Ultimately Mr Hanafin stopped drinking after he broke both legs in a car accident and was quite open about how alcohol had almost destroyed his business and political career.

The former senator was a key figure in promoting the 1983 referendum which introduced the Eighth Amendment into the Irish Constitution, giving legal protection to the unborn child in the womb.

He also spearheaded the political campaign in 1985 opposing a change in the Irish constitution to allow for civil divorce. During the second campaign to introduce divorce, he again played a prominent role. The referendum passed by a narrow margin in 1996.

Well known for his stands on traditional principles, Senator Hanafin nonetheless managed to be on friendly terms with people on all sides of the various campaigns.

His funeral takes place on Sunday 25 June at 12 noon at the Cathedral of the Assumption, Thurles, with burial afterwards in St Patrick’s Cemetery, Thurles.