Home > Featured > Tree cheers for Trócaire, Rwanda and you

Tree cheers for Trócaire, Rwanda and you 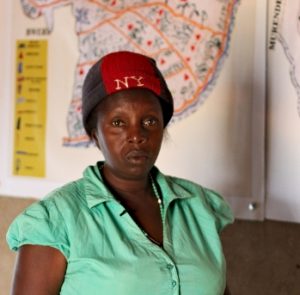 More than 10,000 trees have been planted in southern Rwanda to help increase agricultural productivity by reducing soil erosion thanks to the work of Trócaire and the support the Irish overseas aid agency gets from ordinary Catholics in Ireland.

Less than a third the size of the island of Ireland, Rwanda is a predominantly agricultural country, so a large part of its population of 11.2 million people depend on farming for their livelihood.

Much of the country is dominated by mountains, with 80 per cent of farmland located on slopes and hillsides. As a consequence, erosion is a major problem, with arable lands literally washed away during the country’s two annual rainy seasons.

The problem of soil erosion has been exacerbated by deforestation, as tree roots play a major role in holding soil in place. It is estimated that, at present, Rwanda loses 1.4m tonnes of fertile soil to erosion every year – the effect of that loss of farming land is equivalent to losing the ability to feed some 40,000 people.

The local Catholic aid agency, Caritas Gikongoro, has been working with villages in southern Rwanda to combat the problem since last year. Previously, the Medical Missionaries of Mary had a mission in this region (from 1988 to 2017).

“We have been working with Trócaire since the beginning,” says Aloysie Rukamana, a coordinator for Caritas Gikongoro in the village of Mpaza. “Key areas for us are water for agriculture production, education on climate change, mapping vulnerability to climate change and implementing adaptation processes such as rainwater harvesting.

“When Caritas start a water village committee, first they help animate a discussion in the community about the water resources challenges they face. They then discuss how climate change is impacting on those strains. The next step is to facilitate the community to come up with their own action plan to address the problems.”

One of the key actions in Mpaza was the creation of a very impressive tree nursery, which is responsible for thousands of environmentally important and economically beneficial trees being planted in the southern region.

“We will use the trees for income and also for timber to build houses,” said Alphonsine Musabyimana, a member of the Mpaza Village Water Committee. “We are growing papaya, avocado, tomatoes.

“It is hard work, but the benefits are enormous. We enjoy it because we know we will benefit a lot from it. We started the project eleven months ago. We have planted over 10,000 trees to date. That just includes the ones that have grown, because with climate change, we have planted many that failed to grow.”

Trócaire supports projects like this in 20 developing countries across the world. The agency, which was founded in 1973, would not be able to do its work without the continued support and financial contributions of ordinary Irish people.