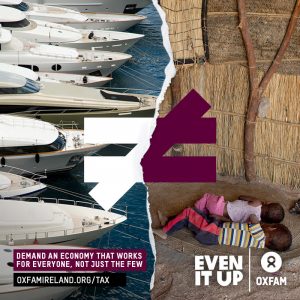 Eight men own the same wealth as the poorest half the world or some 3.6 billion people.

That is according to Oxfam, which published a report titled ‘An economy for the 99 percent’ to coincide with the annual meeting of political and business leaders in Davos.

Oxfam’s report shows a recent widening of the gap between rich and poor in the world. It calls for change in the way nations manage economies so that they work for all people, and not just a few.

Oxfam Ireland’s Michael McCarthy Flynn has stated that Ireland needs to reform and be part of a fair and just tax system at EU and international level.

“We need to tackle aggressive tax planning, to implement strong controlled foreign company rules to prevent profit-shifting and improve transparency by forcing multinational corporations to make public where they make profits and pay tax,” he stated.

“Ireland needs to support a new generation of international tax reforms beyond what has been agreed at EU and OECD level to date, including the creation of a global tax body.” 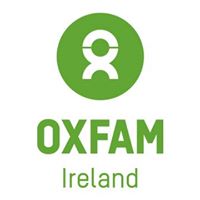 The report outlines how money managers provide big returns on investments for the richest that would not be available to ordinary savers. Workers’ health and education services are also being cut and their voices are ignored as governments favour big business.

“It is obscene for so much wealth to be held in the hands of so few when one in ten people survive on less than two dollars a day. Inequality is trapping hundreds of millions in poverty; it is fracturing our societies and undermining democracy,” said Winnie Byanyima, Executive Director of Oxfam International.

“Across the world, people are being left behind. Their wages are stagnating yet corporate bosses take home million dollar bonuses.”

Approximately 70 per cent of people at the bottom half of the world’s population live in the poorest countries. One in four people live in India, while one in five is in sub-Saharan Africa. Just 1 per cent are in North America and 8 per cent in Europe.

Michael McCarthy Flynn of Oxfam Ireland said there were positive signs, as in recent decades poorer countries have been growing faster than richer ones, and hundreds of millions of people have been lifted out of poverty.

He said this is “an achievement of which the world should be proud. Yet one in nine people still go to bed hungry.”

Inequality has also increased over this period.

“The World Bank is clear that without redoubling their efforts to tackle inequality, world leaders will miss their global goal of ending extreme poverty by 2030,” he stated.

Oxfam’s report shows that women – who are often employed in low-pay sectors, face high levels of discrimination in the workplace, and take on a disproportionate amount of unpaid care work – often find themselves at the bottom of the pile. On current trends it will take 170 years for women to be paid the same as men. 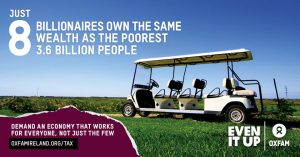 Oxfam interviewed women working in a garment factory in Vietnam who work twelve hours a day, six days a week, and still struggle to get by on the one dollar an hour they earn producing clothes for some of the world’s biggest fashion brands. The CEOs of these companies are some of the highest paid people in the world.