Home > Featured > Is today the last day of constitutional protection for the unborn?

Is today the last day of constitutional protection for the unborn? 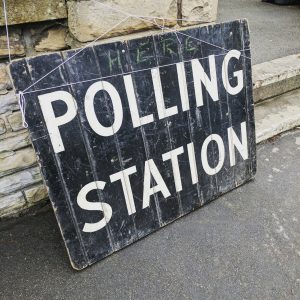 An estimated 3.3 million people are eligible to vote in today’s referendum which seeks to remove Article 40.3.3 from the Irish Constitution. This article protects the right to life of the unborn and the equal right to life of the mother. The proposal is to replace it with a clause: “Provision may be made by law for the regulation of termination of pregnancy.”

Speaking to CatholicIreland in advance of today’s vote, Cora Sherlock from the LoveBoth campaign advised undecided voters that “this is not a proposal about restrictive abortion. This is a referendum about abortion on demand.

“It would hand over complete power to politicians – give them a blank cheque to introduce whatever laws they want. They would never have to go back to the people,” she said.

On Thursday Health Minister Simon Harris revealed that if the referendum is carried by the Yes side, he will introduce legislation at the end of the year allowing for abortion on request up to 12 weeks.

Speaking on “The News at One” just before the broadcasting moratorium came into force yesterday, John McGuirk, campaign director with Save the 8th, appealed to voters not to be bullied. “If people think that this goes much too far then they have a right, and in my view a responsibility as citizens to send it back to the politicians and ask them for something that reflects their views.”

He noted that many people were “torn” because they wanted the liberalisation of laws for rape and fatal anomalies, but not abortion up to 24 weeks, “where there is a really brutal procedure that takes the life of an unborn child.

“When you go into that ballot box [booth] tomorrow you have a right as a citizen to demand laws in this country that reflect what you believe and you should not be bullied into believing that you have to vote yes because of a very small number of cases and introduce abortion for 99 per cent of the other cases that have nothing to do with those.”

Meanwhile, an economist and former professor of banking and financial services at the Michael Smurfit Graduate Business School UCD has raised questions about the financing of abortions in Ireland should the referendum be passed.

“The likely economic cost of providing the kind of abortion service envisaged by the Health Minister and Taoiseach within the public health system has attracted little attention,” wrote Ray Kinsella in yesterday’s Irish Independent. According to the economist, there are “direct costs”– additional specialists in obstetrics and maternity and new facilities, and “indirect costs” – follow-up, referral and mental health services and “overheads”.

“Importantly there are also what economists call ‘opportunity costs’ – i.e. the services that would inescapably be crowded out by abortion-related expenditure.” 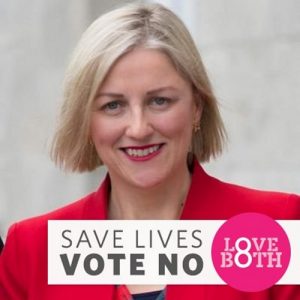 Medical and surgical priorities are identified in the annual HSE service plan and the necessary resources allocated to fund them, wrote Dr Kinsella. “It is not clear on what basis the government could assert that the costs of funding elective abortion should be prioritised above all other services. This would inevitably mean shortages elsewhere in the system.

“So it is reasonable for voters to ask: what are the estimated costs of the government’s proposals, where is the funding to come from and what services will be displaced to accommodate them?”

While his own objection to the proposed abortion legislation “relates to the denial of human rights that it entails and its negative effect on women”, this did not preclude “addressing the very significant economic burden which the government’s proposed legislation would impose on our overstretched health service”.

Polling stations open today at 7.00 a.m. and close at 10.00 p.m. Voters are advised to bring along identification.