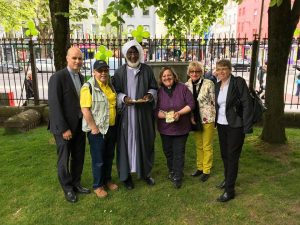 A Cork group has condemned acts of violence and exclusion done in the name of religion. The members of the Three Faiths Forum (TFF) in Cork said in a statement:

“We call on all citizens of goodwill to promote a culture of peace and of co-existence in our land, and to do all we can to reduce isolation, fear, racism and tensions in our Irish society today.”

The group highlighted that there is too much religious bigotry and “religious framed violence” in many parts of the world, but also in Cork in recent times.

“This violence and bigotry [are] rooted in prejudice and misunderstanding and [are] made more complex when religious rhetoric is used for political and economic interests,” they stated.

“We believe that it is an imperative that people of faith come together and explore how our various faith traditions can help foster a spirit of openness, dialogue and inclusion within our society.”

The TFF includes members of the three Abrahamic faiths – Judaism, Christianity and Islam – and has been meeting since May 2016. Since then the membership has grown and the group celebrated Earth Day in Bishop Lucey Park in April 2017.

TFF acknowledges that violence has been committed in the names of its members’ faiths, both in Ireland and abroad. It called on all people of goodwill, of faith or of none, to work towards a society in which all people feel that they belong and that their diversity is appreciated and valued. 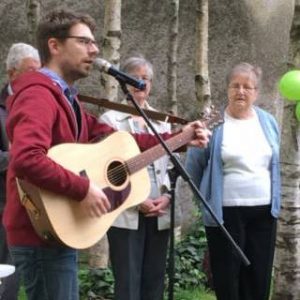 The group includes sisters, priests, ministers and lay Christians, including members of the Little Sisters of the Assumption (LSA), SMA Justice group, the Presentation Sisters (PBVM), the Sisters of Our Lady of Apostles, (OLA) and Monkstown parish.

One member is Sr Kathleen McGarvey, OLA Provincial Leader, who was involved in dialogue with Muslims during her time in Kaduna, Nigeria and who founded the Women’s Interfaith Council (WIC).

Now in Ireland, Sr Kathleen is currently involved with a number of interfaith groups. In a recent article she explained that there are 70,000 Muslims in Ireland. Many have immigrated from different parts of the world, and some are Irish.

She urged people to help Muslims integrate into Irish society and said: “Nowadays in our schools, hospitals, shops, universities and all public spaces in Ireland we meet Muslims and people of other faiths every day. This is of course a very important form of dialogue as it is at that local level that we form opinions about people and label people, develop friendships or hurts, form prejudices or stereotypes,” she wrote in the OLA Friday Focus on 24 June to mark the end of Ramadan.

She explained that there are many initiatives across the country which are helping to promote dialogue, for example the Three Faiths Forum in Dublin and in Cork, the Sisters of Faith for Peace based in Dublin and the Dublin City Interfaith Forum. There are events in the Islamic cultural centre in Clonskeagh and in the mosques in Milltown and Blanchardstown. The Lantern Centre, also in Dublin, has done a lot to welcome people of all faiths and to help people grow in their understanding of diverse faiths.

“Important questions for us to consider, as individuals, are: Do Irish Muslims feel ostracised from their family and community? Do Muslims, of whatever origin, suffer torment of one kind or another as they walk our streets in Muslim dress?” she asked. 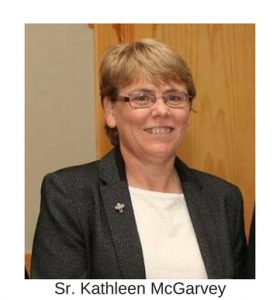 “Could we as a missionary parish invite our Muslim neighbours to share a family day, a moment of prayer for peace, a discussion day?” she concluded.