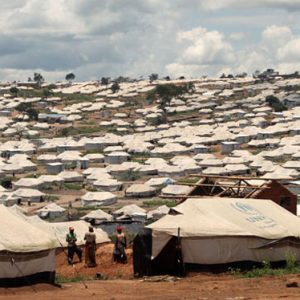 An unreported refugee crisis is unfolding in east Africa, where some 300,000 Burundians have fled their homes to seek refuge in neighbouring countries in the Great Lakes Region.

Since April last year, when the incumbent president, Pierre Nkurunziza, announced his intention to serve a third term, the political situation in Burundi has been akin to a civil war. Nkurunziza’s move was deemed unconstitutional by his opponents, who boycotted the presidential elections held in July 2015.

Since then, there have been violent clashes between government forces and the opposition, with more than 450 Burundians killed in the political unrest.

A United Nations investigation, published last month, found “abundant evidence of gross human rights violations” by the Government of Burundi and its followers, and it warned that there was a danger of genocide as a result of the escalating violence. This is a very real threat; during the Burundian Civil War, between 1993 and 2006, some 300,000 were killed in the violence between the Hutu and Tutsi population.

The government’s response to the United Nations report was to ban all UN personnel from entering the country and to withdraw from the International Criminal Court, the first time any country has done so.

There are now more than 81,000 Burundian refugees in Rwanda, about 50,000 of whom are living in the Mahamba refugee camp, located near the Tanzanian border. Trócaire is funding a project in Mahamba to support mothers, especially mothers who are pregnant or who are nursing children.

Trócaire communications officer, Liz Evers, says: “Conditions remain dire for many refugees, most of whom are women and children. We need your help. As the numbers seeking refuge increase, so must our aid efforts.”