Home > News > Targeting of Christians is the cause of mass exodus

Targeting of Christians is the cause of mass exodus 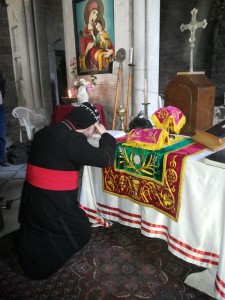 Bishop Selwanos celebrating the first mass in the St. Mayrs Church – Syrian Orthodox in Homs after the rebels left.

The Iona Institute and Aid to the Church in Need are to host a talk in Dublin on the persecution of Christians in the Middle East next month.

John Pontifex who has recently returned from Syria will speak on the scale of persecution of Christians, why so little is being done to stop it and what Christians in the West need to do.

He will also explore whether a campaign of genocide is being waged against Christians and members of other faith minorities by ISIS.

He visited Christians and others in Homs, Damascus and rural districts in Syria plagued by violence, persecution and extreme poverty.

He is Editor-in-Chief of Aid to the Church in Need (ACN) biennial publications the ‘Religious Freedom in the World Report’ and ‘Persecuted and Forgotten? A Report on Christians oppressed for their Faith 2013-2015’.

In the latter publication, he states that Syria has a total population of 20 million of which 5.2% or 1 million are Christian. The majority of the population is Muslim some 92.8%.

“A massive exodus of Christians in other parts of the Middle East, notably Syria, combined with increasing pressures on the faithful in Saudi Arabia and Iran mean that the Church is being silenced and driven out of its ancient biblical heartland,” the report states.

In the Syria section of the report, he emphasises that although human rights violations suffered by Christians and other minority faith communities have been largely political, religious hatred has played a significant part.

“The underlying religious dimension of the attacks was shown by the targeting of Christian settlements and desecration of churches. Direct targeting of faith communities played a critical factor in the mass exodus,” he states.

He lists persecutions from September 2013 to June 2015 ranging from knocking down crosses to burning down churches to desecrating graveyards and the kidnapping and killing nuns and priests and other Christians.

Both rebel and government forces have been involved in attacking churches.

The report for June 2015 noted that Fr Paolo Dall’Oglio had been killed by his Daesh (ISIS) abductors having tried to negotiate for the release of a captured journalist.

In February of the sane year some 15 young Assyrians were martyred having fought to protect their villages and families.

In its most recent report from Syria (published 8 March) ACN quote Archbishop Selwanos Boutros Alnemeh of Homs and Hama who asked the Lord to bless the ceasefire that it might be “the beginning of the end of the war in our beloved Syria.”

The Archbishop described as a miracle the recent release of Christian hostages from captivity by ISIS.

On 22 February 2016, the last 43 hostages from an initial group of 253 captured Christians were released, reportedly after the paying of ransom.

The hostages were captured one year ago when ISIS advanced through the Khabur region of north-eastern Syria. At the time, around 3,000 Christians were forced to flee their village.

ISIS is still holding more than 170 Christian captives from the Syrian town of Al-Qaryatayn, which was conquered in August of 2015. The jihadists also destroyed Mar Elian, a 1,500-year-old monastery. 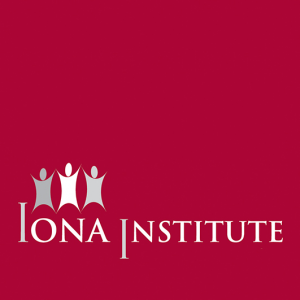 Archbishop Selwanos said that Syria’s Christians continue to live in fear of ISIS and other jihadist groups even after the release of the hostages.

“Fear is being challenged by hope that the conflict will end soon, especially as Christians love peace and seek peace by all means,” he said.

Separately, at a meeting of bishops organised by the Focolare in Rome in late February, Maronite Archbishop of Damascus, Bishop Samir Nassar also spoke about the proposed ceasefire.

“The Church of Syria refuses to die and is holding onto the hope of concrete signs.”

“In 2015, for example, we started to build three chapels precisely when the people were leaving, to imbue hope to the faithful in the outskirts and where people no longer came to the cathedral for security reasons.”

“We keep hope alive also through the vocations: there are young priests and seminarians who arrive, and this a sign of vitality and hope for the future.”

The Archbishop said that the presence of Focolare in Syria despite the conflict encourages the people to see the future with faith and hope.

In a country whose people are tired of the war, suffering, and poverty, and the news is not encouraging, the mission of the Church is to give courage.

The talk, ‘Genocide: how Christians are being killed and driven out of the Middle East’ will take place at 8pm on Thursday, 7 April in the Davenport Hotel, Dublin 2.