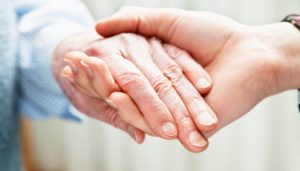 The Society of St Vincent de Paul has welcomed the reinstatement and payment of the Carers Support Grant of €1,700 which was being paid to 86,000 carers all over Ireland from yesterday.

The grant is a one instalment yearly payment made to the bank or post office accounts of carers.

“This grant used to be called the Respite Care Grant” Jim Walsh from SVP explained, “as it was meant to have been used to provide respite for carers but in fact it was often used to pay bills and for other purposes.”

Mr Walsh said that from the Society’s dealings with carers the current big need is for additional Personal Assistants and home help.

Many carers have had their assistant’s hours cut and others have not been able to secure PAs whose time is allocated on an hourly basis. “A lot of carers are looking for Personal Assistants,” he told CatholicIreland.net.

Catherine Cox from Family Carers Ireland said carers needed the likes of home help to allow them to take a break from their caring role.

“It is not just about financial support, it is about services and support on the ground. One of the things we’ve called for is a statutory entitlement to home care services.” 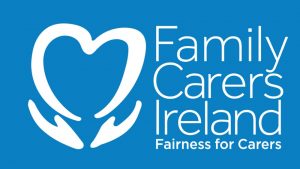 The Carer’s Support grant is paid automatically to some carers but earlier this week Minister for Social Protection, Leo Varadkar, urged all carers who do not automatically qualify to apply for the grant.

He said that carers who provide full-time care for more than one person may also be entitled to €1,700 for each person that they are caring for.

Catherine Cox says many carers are not getting the grant either because they don’t know about it or may not identify themselves as carers. Others may have been turned down in the past.

“We would encourage  family carers, that if they are providing full time care, whether for a child or an older person, or whether it’s a husband or wife caring for their spouse, to apply for the grant.  If they are providing high levels of care, they are entitled to it.”

She said Family Carers Ireland would also support families who are turned down, in the appeal process. 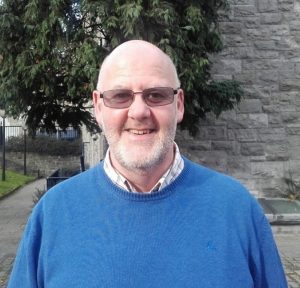 Interviewed by RTE, Damian Douglas from Lucan spoke of how he cares for his 21 year old twin daughters who suffer from a rare condition called Wolf–Hirschhorn syndrome (WHS).

Mr Douglas took early retirement to look after the girls who cannot do anything for themselves.

“We have to do for them as young adults, what we did for them as babies and if God is good and they live until their 30s or 40s we’ll still have to do the same thing,” he said.

The girls have to use wheelchairs, are incontinent and are fed through tubes.

Both suffer from seizures and have joint problems. They cannot communicate but they smile a lot and love sounds and music.

Mr Douglas  said the grant was welcome and came at a good time of the year.

“We have specialised transport for the girls which we provide ourselves. We also have very high electricity and gas bills. Our washing machine is going six to seven times a day.”

He added that he would like to see the grant increase next year as a  lot of people are “just about getting by as carers.”