Surrogacy is buying and selling children and must be outlawed 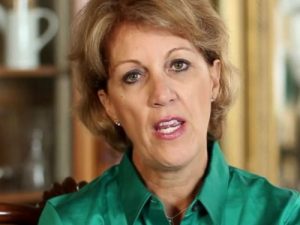 Surrogacy amounts to buying and selling children and must be stopped, a campaigner from ‘Stop Surrogacy Now’ has said.

Jennifer Lahl was in Ireland this week to speak at a conference hosted by the Iona Institute on How surrogacy exploits women and commodifies children.

In the run-up to the publication of the government’s plans for regulating surrogacy in Ireland, Ms Lahl appealed for a complete ban on surrogacy, like the one in place in Sweden, France and Spain.

“Europeans voted two weeks ago to not recognise surrogacy,” she told Pat Kenny on Newstalk. “They say it is an undignified use of the woman’s body and it is an undignified way to bring about a child.” Ms Lahl is very encouraged by this and by India’s recent closure of its borders for those travelling in from abroad to “rent a womb”.

‘Stop Surrogacy Now’ is a broad coalition of women and men of the left and right, of LGBT and religious backgrounds and from all regions of the world who are concerned about women and children exploited through surrogacy contract pregnancy arrangements.

“I’ve read surrogacy contracts,” she told Pat Kenny. “A surrogate woman is basically agreeing for nine months that other people dictate what she does with her body.” The contracts specify what food she can eat, when she can have intercourse and so on. “You are basically becoming a slave signing away your rights. It is appalling.”

All surrogate pregnancies are achieved using IVF and 75% of all IVF cycles fail. Ms Lahl said she was not against IVF in itself  – “It is different to risk your own body because you desperately want a child” –  but surrogacy was different. “It is the rich that are buying and poor that are selling. I’m a feminist and I’m outraged that we would use and exploit a woman’s body, mostly for money, and pat ourselves on the back and say that we’re lifting her out of poverty. [We say] ‘It’s win-win, we get a baby, she gets much needed money.’”

On 8 October a surrogate in the US carrying twins for a Spanish couple died due to “complications during pregnancy”. Ms Brown was survived by her husband and her own three children. The twins, just days from a planned delivery, also died. Even with a tragic case like this, nobody is talking about surrogacy “as a matter of policy” in the US, said Ms Lahl. 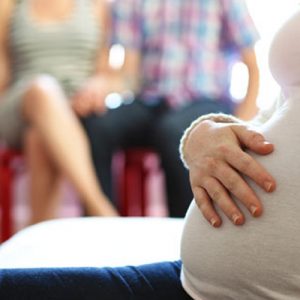 Even the case of so called ‘altruistic surrogacy’, where a family member carries a baby for another and no money is involved, is flawed, she says. “I produced a documentary film on surrogacy – Breeders: a subclass of women. I had a woman who was surrogate for her brother and his same sex partner. It has destroyed that family.” And she knows other ‘altruistic surrogates’ who ended up deeply hurt. “The media doesn’t want to talk about their stories. They want to talk about the poor [infertile] couple and are terribly sympathetic to that. That is the only story that comes out.”

Ms Lahl, a former paediatric nurse, knows that mother-child bonding begins in the womb. “The one and only thing a baby knows when they are born is they know their mother’s voice, they know her movement, her rhythm, they know her scent. They don’t know that this is just a nice woman helping to have a baby. That is their mother. And there is a wound when you separate that child at birth.”

Those risks are recognised in the cases of adoption or where a mother dies in labour, and society tries to alleviate it in some way. “Then in surrogacy we just say ‘It doesn’t matter that we might be creating a risk.’”

We have to hear the voices of the children who are just starting to come of age,  said Ms Lahl. “I have interviewed people that are born of surrogacy – one woman calls herself a ‘product’. Her first picture of herself as a baby is in a lawyer’s office being handed over.” Her genetic parents had paid $10,000 to the surrogate mother.

“We are experimenting on the next generation doing this and we’ll have to wait and see as more and more of these children are born and grow up. We are only now getting a large enough sample size in the medical literature to show that babies born through IVF have medical problems.”

According to ‘Stop Surrogacy Now’, no one has a right to a child, whether they are heterosexual, homosexual, or single by choice. “We stand together asking national governments of the world and leaders of the international community to work together to end this practice and Stop Surrogacy Now.”