Study reveals ongoing concern over risks of internet for children 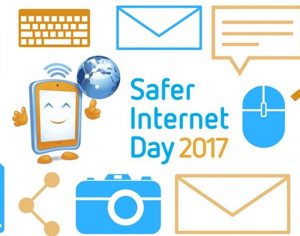 The majority of parents of young children (under eight) surveyed in a Webwise parenting report in relation to internet use do not believe the benefits of the internet for their children outweigh the risks.

Among the parents of older children (9 to 17 years of age), around 40 per cent did not believe the benefits outweighed the risks, with 27 per cent disagreeing, and 33 per cent undecided.

These were some of the findings of a Webwise survey released for Internet Safety Day 2017 earlier this week. The survey, completed in conjunction with the Irish Internet Safety Awareness Centre and the National Parents Council Primary (NPC), was based on report forms sent to 7,490 parents on the NPC mailing list regarding attitudes to online risks and safety, using the same questions as the Webwise 2012 survey. Over 1,000 parents responded (17 per cent).

The survey addressed four topics: strategies for digital parenting, attitudes towards children’s internet use, concerns about online risks and the appropriate age for social networking. Noting that the study results were limited from the “convenience nature of the sample”, Webwise said the findings were intended “as representative of parental attitudes.”

Recently media discourse about children and the internet has been dominated by concerns about ‘internet addiction’, ‘digital detoxes’ and ‘fake news’. Against this background, it is not surprising that parents are concerned about the impact of spending too much time looking at screens and accessing unreliable information, says the report.

“It is possible that there is a symbiosis at play here and that media reports might give rise to parental concerns that are not well grounded in actual risk of harm. However, more research is needed to guide this debate and there is an urgent need for a robust and up-to-date evidence base that measures children’s online behaviour and the related risk.”

On the strategies for digital parenting, Webwise found that parenting approaches towards children’s use of the internet was a mix of ‘restrictive’ and ‘active’ mediation. Restrictive approaches included: setting time limits (73 per cent); use of parental controls and filters (39 per cent); monitoring (52 per cent) and supervision (34 per cent). 68 per cent of parents who responded also use ‘enabling’ or ‘active’ strategies including regularly talking with their children about what they do online. This is an increase from 62 per cent since the 2012 Survey of Parental Attitudes.

Concluding the report, authors Lorleen Farrugia, Simon Grehan and Brian O’Neill said that notwithstanding its limitations, it gave rise to some important policy implications, including the need to support parents with more information and advice targeted to the age and needs of their children, the need for a national one-stop-shop where parents and professionals working with children can go for advice, and the need for advice presenting the benefits offered by the internet, rather than the current advice, which is “mainly focused on [potential] risk and harm”.