Stand up for Life rally hits the streets of Dublin 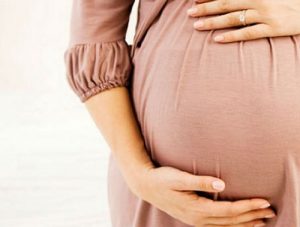 Tens of thousands of pro-life supporters hit the streets of Dublin again yesterday to voice their support for a No vote in the 25 May referendum. The Stand Up For Life Rally was the last in a number of regional rallies all around Ireland. The day was preceded by canvassing in multiple locations across Dublin city, the regular canvassers joined by canvassers from all over the country who came early to the capital to make sure that the message of the pro-life campaign was heard loud and clear before polling day.

Many felt the rally was timely following the shocking news this week of a censorship on political ads by Google, a move which it is said has been a major blow to democracy and free speech not just regarding this referendum but also into the future. Cora Sherlock of Love Both said that people needed to know that the government was planning a “radical abortion regime” and that “abortion would be allowed for any reason up to 12 weeks”. She urged people to come out in force to make their voices heard between now and the vote.

One of the most lauded speakers doing just that at the Stand Up for Life Rally was Bernadette Goulding, founder of Women Hurt, a support service for women who have had abortions. She pleaded with voters to reject abortion, and asked for compassion for the “hundreds of thousands of women that carry a secret wound in their heart after having an abortion”. She said there was an “unwillingness to be honest about what repeal will look like, which will include abortion up to six months in some cases”.

Dr Andrew O’Regan, who has been very visible in the last few weeks, echoed calls for people to speak out, and referring to Yes campaigners clouding the issue of women’s health in relation to the Eighth Amendment, decried what he called “attempts at misrepresentation of the facts, by people who should know better”. Canvassers say that the issue of health of women is of great concern to the public, especially with the spectre of the cervical check scandal having severely dented confidence in the HSE in recent weeks. Statements from Dr Peter Boylan among others have done much to erode public confidence in the health system, with many voters getting the impression that it is no longer safe for pregnant women in Ireland. Comments on social media showed the level of unease among women following the statements, with one woman saying: “My experience during childbirth was second to none. But if I was to believe everything that the Yes side are saying I would be so terrified to give birth here.”

One of the main messages the pro-life campaign has tried to make clear from the beginning of the campaign is that Ireland is and has been for decades one of the safest places in the world for pregnant women. Campaigners have said that while no country is perfect, not having abortion widely available has saved tens of thousands of lives since the Eighth Amendment was introduced. One such survivor is Gavin Boyne, who also spoke at yesterday’s rally. A statement from Boyne earlier in the week said it was “deeply sad, worrying and offensive” that Yes campaigners have been saying that the Eighth Amendment has not done its job:

“On the 6th of May, Dr Peter Boylan launched the Together for Yes national campaign in Athlone. He described the Eighth Amendment as a ‘failed experiment’, and in doing so, has personally attacked every single person who is alive today as a result of the Eighth Amendment.

“On the 8th of March 1998, my mother gave birth to me at the age of 16. Several months prior to this, she was in England, as per the request of her parents. She was there to procure an abortion.

“Given the circumstances of my conception, money being tight, my mother being extremely young, the likelihood and actuality that my father would not be around, my grandparents had decided that the best thing to do would be to send my mother to England for an abortion. This was an immensely difficult and stressful time for both my grandparents and my mother.

“What caused this deliberation in the first place was the fact that abortion was illegal in Ireland. This led them to ask why it was illegal and what they found was the Eighth Amendment, which indiscriminately recognises the humanity of every single unborn child. Having recognised that I was a unique human being, my grandparents could not in good conscience end my life.

“I am not the result of a ‘failed experiment’. I am alive today due to a constitutional provision, the Eighth Amendment, which gives the unborn child its only legal protection, the right to life. The Eighth Amendment was designed to protect both mother and child, and it works.”

Many have expressed surprise at Dr Boylan’s recent comments, since reports from the Institute of Obstetricians and Gynaecologists as late as 12 December 2017 quote him as saying that Ireland’s maternal mortality rate should be seen as “reassuring” for women:

“These figures should offer reassurance about the high level of maternal care and the safety of the Irish maternity services for women and babies. A maternal death rate of 6.5 per 100,000 or 1 in every 15,301 is extremely low and compares with a rate of 26.7 per 100,000 in the US.”

A group of Irish obstetricians have said they are “horrified” at Boylan’s comments and those of his colleague Rhona Mahony, who has stated in a recent Together for Yes video, that “we play medical roulette with women’s lives”. The group, among which number some of the most senior obstetricians in the country, say that it is “deeply regrettable” that some campaigners have “chosen to engage in a campaign to raise unnecessary fears for maternal health in the electorate”. They urged voters to remember that a Yes vote will mean the “carrying out of the government’s stated intention to enable ending the life of a perfectly healthy, growing baby in a perfectly healthy pregnant woman”.