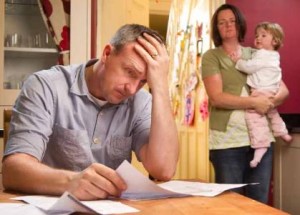 This year the Society of St Vincent de Paul gave €40m in direct assistance to those in need, an increase of €16m on 2007.

Meanwhile, calls for assistance to the SVP have increased by over 104% since 2009.

These are some of the stark figures the SVP revealed on Wednesday as 2fm’s Colm Hayes launched the organisation’s annual appeal entitled, ‘We can’t do it alone.’

The appeal takes place over Advent in the run up to Christmas and is the SVP’s most important fundraising campaign of the year.

According to the SVP vice president,  its 11,000 volunteers are making as many as 400,000 home visits a year to families hit by the recession.

Tom MacSweeney said the profile of those seeking assistance has radically changed in recent years.

“The families we visit are not just those on social welfare, they include people in low-paid employment, the self-employed and people in good employment with debts that they cannot handle.”

He said most of the assistance went towards helping families with food, education and energy bills, the costs of which have tripled in recent years.

Statistics show that there are roughly 734,120 people or 16% of the population living in poverty.