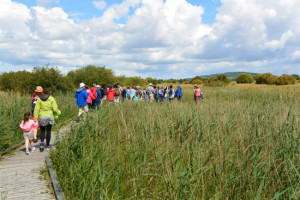 The 13th and newest addition to the National Pilgrim Paths Day is St Brigid’s Way in Kildare.

On Easter Saturday (4 April) thousands are expected to take part in the Pilgrim Paths Day, taking to ancient pilgrim paths all over Ireland.

“We love that we are the 13th Pilgrim Path and the first female Saint to be so honoured. We consider 13 to be a feminine number with 13 full moons every year and the fact that Kildare is the 13th exit off the motorway,” said Karen Ward of the Brigid’s Way Celtic Pilgrimage team.

The Brigid’s Way Celtic Pilgrimage takes nine days and charts St Brigid’s journey from her birthplace and shrine in Faughart, Co Louth to her Abbey, healing and garden wells in Kildare.

The final day route will be walked, starting at Pollardstown Fen in Kildare, continuing through country lanes to the Curragh and into the heart of Kildare Town to St Brigid’s sacred sites including her Fire Temple in the grounds of the Cathedral, both of her wells and finally new Solas Bhríde Centre for hospitality.

The National Pilgrim Paths Day is supported by the Heritage Council, which describes it as a new Easter Festival with a series of non-denominational, pilgrim walks taking place on Ireland’s medieval penitential trails.

“National Pilgrim Paths Day welcomes equally participants from all religious backgrounds and none and was created to raise awareness and use of Ireland’s dense network of historic pilgrim routes,” said John G O’Dwyer, Chairman of Pilgrim Paths Ireland.

“The event is targeted, not only at those who enjoy exploring Ireland’s ancient tracks, but also the growing number of people seeking to escape from the daily grind of life and take some time out to reflect on life while experiencing the joy of exploring the outdoors.”

Last year, there were over 1,800 participants for the inaugural Pilgrim Paths Day and this year it is expected that the numbers will be considerably higher.

“Working with the local communities, the project aimed to raise awareness of the different aspects of heritage, built and natural, encountered along the routes, while contributing to sustainable tourism and community development in each local area.” 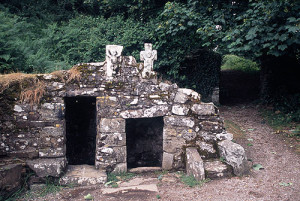 Guides from local communities will lead each event while outlining the story of the route and pointing out places of special interest.