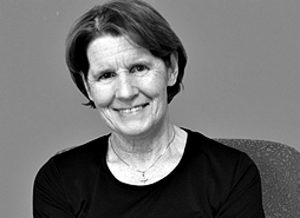 A leading campaigner against homelessness in Ireland has called for more action on youth homelessness.

Speaking at a conference on youth homelessness at Thomond Park in Limerick City, organised by Focus Ireland, the charity’s founder & Life President, Sr. Stan Kennedy called for more action to help the record 826 young people who are now homeless. She said that young people have paid a high price for the years of austerity and many have become marginalised and homeless as a result. Sr. Stan said this issue must be addressed as a matter of urgency if we are to avoid condemning many young people to lives of marginalisation and unfulfilled promise.

“The terrible issues of both street homelessness and family homelessness, and the impact on children, are well documented with 8,160 people in this unacceptable situation. We must also highlight that those aged 18-24 years – Ireland’s youth homeless, require specific support. Recent official figures from the Department of Housing for young people accessing state homeless services, show that 826 young people (aged 18 to 24) are homeless in Ireland. However, the real total is much higher as this figure does not include young people who live in unstable and temporary arrangements such as staying on friend’s couches.” said Sr. Stan.

The conference heard that there is some great work being carried out by a wide range of organisations to help prevent young people from becoming homeless and without this, the crisis would be much worse. Focus Ireland said this work includes the innovative youth housing project involving collaboration between Focus Ireland, Tusla and Limerick City and County Council which has been a huge success story.

Sr Stan added  “We are providing homes for vulnerable young people, along with vital support to help them sustain their tenancies as they make the transition into adulthood. This independently evaluated programme has changed the lives of vulnerable young people who were homeless or at risk of homelessness. Focus Ireland also provides youth housing in Waterford, Cork, Clare and North Tipperary and this approach needs to extend elsewhere to meet the growing needs around the country. The Government’s commitment to Housing First in general is very welcome, and we hope they will show the same support to extending it to young people.”

Meanwhile, at the event Focus Ireland also welcomed the establishment of a new “Coalition to End Youth Homelessness” which aims to ensure that the issue of youth homelessness gets the attention it needs. The Coalition was initiated by Focus Ireland and the National Youth Council of Ireland, and involves founding members from across the homeless and youth sectors. Without a clear social policy there will always be gross inequality and unequal distribution of resources.