Host of stars to address sports and ethics conference 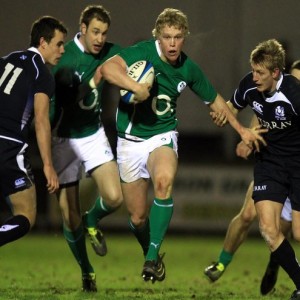 A major conference on sports and ethics which is being organised by the Department of Religions and Theology in Trinity College Dublin has just been announced and will include a host of national sports stars.

The line up for conference, which will take place in October, includes talks by Olympic icon Ronnie Delany, Pat Gilroy, the former All-Ireland winning player and manager, and Jason Sherlock, the former Dublin GAA star.

There will also be contributions from Game of Thrones star Jack Gleeson and former Irish rugby international, Ollie Campbell.

The conference will discuss the spate of recent scandals which have blighted the image of sport and discuss how sport is increasingly becoming identified with the culture of the survival of the fittest.

According to conference organiser, Dr John Scally, sport is a microcosm of society. “If our language is part of who we are, our sports actually tell us who we are. When we know the way winners and losers are treated in sport and the way rules are enforced, then we know a great deal about the larger society in which it exists.”

He added that conversely, if we know the social, economic and political values of a society, we could make an inspired guess about how its sport is organised. “The defects we find in sport: cheating, violence and drug abuse are an integral part of the wider society,” he said.

Dr Scally lectures in theology and ethics in the Department of Religions and Theology in Trinity College and is the author of a number of books on ethics and theology.

He has also written books on high profile sports personalities including biographies of Dermot Earley, Tony Ward and Ger Loughnane. His most recent book is ‘Breaking Balls: The Wit and Wisdom of the GAA.’

The one-day conference will also inaugurate a ‘Fair Play Hall of Fame’ to honour those who uphold the best ideals of the sporting world.

The first inductee to be honoured will be rugby star Nevin Spence who died tragically in a farming accident last year.

Speaking about Nevin Spence, Dr Scally told CatholicIreland.net, “Every death is a tragedy but there is something particularly poignant about a young death.”

“Here was a young man with the world at his feet who seemed to be on the threshold of a glittering career in rugby. Yet the attempt to save a beloved dog cost Nevin and his father and brother their lives.”

He described Nevin Spence as “a star on the rugby pitch” but he added that the “manner of his passing – trying to save a life makes him a hero.”

“In creating the hall of fame, I wanted to acknowledge someone who represents all that is best in sport and Nevin was the obvious candidate because as the Bible tells us: ‘greater love hath no man than he who lay down his life for his friend’.”

On the wider issues to be discussed at the conference, Dr Scally said increasingly sport is becoming identified with the culture of the survival of the fittest. This involves subordinating everything else in sport to winning.

He said sports stars today are confronted by an environment which is “complex, competitive and demanding.”

“Their inherited values and ethics do not always prepare them to address confidently the issues that chemical advances have presented to them. These issues confront our society in general but our ethical tradition offers us no ready answers. The result is moral uncertainty and confusion,” he warned.

Another area, which the conference will address, is the issue of the sponsorship of sport by drink companies and a paper will be given by Professor Joe Barry of the Public Health Department in TCD.

Speaking about this issue to CatholicIreland.net, Dr Scally said drink plays “a huge part in Irish life and in sport.”

“Games like rugby today in a professional era are big business. Sponsorship plays a huge role in sport and historically drink companies have been to the forefront in this respect in rugby and in the GAA to take two notable examples.”

“There has been a vigorous debate in both political and sporting circles in the last year about whether or not alcohol sponsorship of sport contributes to the consumption of drink and the health effects on the same.”

“The sporting bodies and the drink companies in the main dismiss this proposition. The Conference will hear from Professor Joe Barry of the Public Health Department in Trinity who will present the evidence from a medical point of view.”