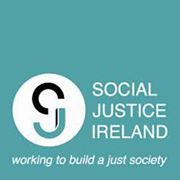 Direct provision is inhuman, degrading and increasingly unfit for purpose according to Social Justice Ireland (SJI).

The justice think tank has pointed out that private operators run most of the direct provision centres, which cost €67.4 million in 2017. This included payments to 27 commercially owned centres.

“Reports of sick children being denied food and basic care by untrained staff and of former staff of hotels being used as reception centres being redeployed as reception centre staff is concerning. The State must ensure that the holders of these lucrative contracts employ adequately trained staff who can deliver a high level of service to enable the people in their centres to live life with dignity,” stated SJI.

Last year (up to November 2018) asylum applications to Ireland increased by 27 per cent on the same time in the previous year, with the majority of applicants coming from Georgia, Albania, Syria, Zimbabwe and Pakistan.

The largest centre, at Mosney in Co. Meath, has capacity for 600 people. In September 2018 it held 672, an over-occupancy rate of 12 per cent. There is also overcrowding in four other centres.

SJI highlighted in particular that Ireland’s practice of keeping some people in such accommodation for several years is inhuman. Some 2,441 people (41 per cent) have been in direct provision centres for 2 or more years, and the numbers who have been there for 4 or more years have reduced in the past 3 years.

“This is still an unacceptable situation. Vulnerable people cannot be sent to live in overcrowded accommodation with little income or access to amenities for such long periods of time,” stated SJI. 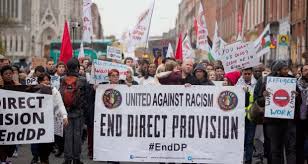 Apart from overcrowding, the Working Group on Direct Provision reported several issues that are contributing to stress and poor mental and physical health for people, many of whom arrived in Ireland traumatised and vulnerable. Issues ranging from child protection concerns to lack of privacy and limited autonomy have made these people among the most excluded and marginalised groups in Ireland.

Families are affected by insufficient play areas and places to do homework for children and the lack of facilities for families to prepare their own meals and meet their own dietary needs.

SJI refers to the Ombudsman Office’s report on complaints from refugees and asylum seekers living in direct provision centres in 2018. Of the 148 complaints received from residents last year, most were about the refusal of requests to transfer to other centres (32). The next most serious complaints were about facilities at direct provision centres (20), accommodation (14) and refusal to readmit residents to centres (13). The Ombudsman also received complaints from residents about food, lack of cooking facilities and availability of transport.

Published on 13 March 2019, Ombudsman Peter Tyndall’s report also noted the positive impact that the “right to work” has had for some residents and the resulting improved mood at many centres.

“At the time of writing, 1,845 out of 2,662 asylum seekers who applied have been granted permission to access the labour market. Permission was refused in 780 cases with a decision on a further 37 pending either return of requested documents or because the applicants had not been in Direct Provision for the required nine months,” stated the Ombudsman in the report.

He added that residents in paid employment will be asked to pay towards the cost of accommodation in line with their income but any complaint about the amount calculated will be examined by the Ombudsman.

During Ombudsman visits in 2018, residents were able to speak directly to Ombudsman staff, with many additional complaints being resolved on the spot.

See full report, The Ombudsman and Direct Provision, at www.ombudsman.ie and SJI commentary at https://www.socialjustice.ie/content/policy-issues/direct-provision-inhuman-degrading-and-increasingly-unfit-purpose.