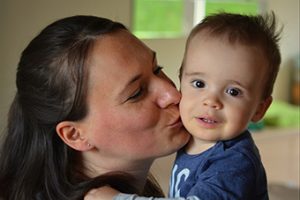 Changes made to the One Parent Family Payment in 2012 have pushed lone parent families into ever deeper levels of poverty, says the Society of St Vincent de Paul.

The society’s head of social justice, Dr Tricia Keilthy, was commenting on new research published by the ESRI this week.

“This is the fourth report published in the last nine months that shows how the cuts during the [economic] crisis reduced the income of lone parents and pushed them into deeper and more persistent poverty,” said Dr Keilthy.

“From the outset of the reforms, it was clear that the policy lacked coherence and led to the development of a complex system of supports, where eligibility depends on the age of their youngest child.”

Before 2012, the One Parent Family Payment included measures that supported lone parents in taking up employment, training or education. Since these measures were removed, many lone-parent families found themselves worse off if the head of household took on a job or tried to improve their qualifications and skills.

The high cost of childcare means that nearly one in five lone parents are better off not working, said the ESRI’s senior research officer Dr Claire Keane. “We have extremely high childcare costs compared to other OECD countries,” she said.

Dr Keilthy said that the SVP fully agrees with the authors of the report when they note “labour market activation can’t occur in a vacuum” – that is, lone parents cannot take up employment without a significant change in government policy.

She explained: “Changes in the benefit system need to be considered alongside other changes in childcare policies and family employment practices, the availability of social and affordable housing, and legislation relating to precarious work, minimum wage, and child maintenance.

“It is clear that the Government needs to move away from a ‘work first approach’, as it does not consider the barrier to education and training, making access to quality employment more difficult. Lone parents need decent employment opportunities that fit with the realities of everyday family life,” Dr Keilthy said.