Just 311 refugees have arrived in Ireland 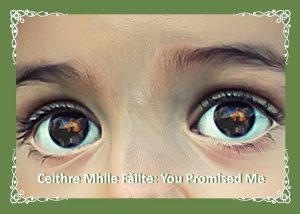 Just 311 refugees have arrived in Ireland – a fraction of the 4,000 people that the Government promised to accommodate here.

The Immigrant Council of Ireland has called on the Government to speed up the process, especially in the light of three new reports which highlight the suffering of those who have fled their homes.

“These reports detail the experiences of the men, women and children awaiting news and a promise of hope as they wait in camps in northern France,” stated the Immigrant Council of Ireland.

“We’re calling on the Government to step up their efforts and give a timeline for when they will offer a home and safety to the remainder of the 4,000 people they have committed to taking in to Ireland.”

The UK-based Refugee Rights Data Project (RRDP) produced the three reports launched this week, and which have been described as the largest research on refugees and displaced people in the region to-date.

“Refugees and displaced people are living in dire conditions across northern France. However, the new data suggests that shutting down or restricting access to the camps in Calais and Dunkirk – without offering a viable alternative – is unlikely to resolve the current bottle-neck situation,” warned Marta Welander, Founder, RRDP.

“If camps are evicted without a viable plan, inhabitants are likely to disperse into the area. Not only would this put strain on existing small camps which are already under-resourced, but give rise to new settlements. Instead, a sustainable, long-term solution is needed,” she added.

Marta Welander was speaking after French government evictions of local shops and restaurants in the Calais camp, and a visit by French Interior Minister Bernard Cazeneuve, and post-Brexit discussions casting doubt on the longevity of the Le Touquet agreement between France and the UK.

The Calais report, ‘Still Waiting’; the Dunkirk report, ‘The ‘Other’ Camp’; and the small camps report, ‘The Unknown Knowns’; include survey data and observations from camps.

The reports illustrate that refugees and displaced people in northern France are in very overcrowded circumstances and many are in poor health.

Violence is endemic – often at the hands of the French authorities. There is an absence of accurate, easily-accessible legal information to help people to make informed decisions about their future.

Rather than being temporary, some of the camps – the larger ones in particular – have become home to refugees and displaced people who have been in limbo for a year or more.

Key findings include:
– The Calais report, ‘Still Waiting’, containing data from 589 surveys with camp residents (approx 6.5% of the total) in July/August 2016. It highlights that the UK loomed large as their chosen destination.
– The largest proportion, 14%, had been living in the camp for approximately one month; 8.7% had been in the camp for more than a year; the vast majority of these still want to keep trying to reach the UK (87.5%).

– The Dunkirk report, ‘The ‘Other’ Camp’, containing data from 506 surveys with residents of the camp in Grande-Synthe (approx 30% of the total) in March/April 2016 indicated that many did not know the process for seeking asylum.
– Almost a quarter of women respondents were pregnant.
– 42% of respondents had experienced police violence in France.
– In total 47% of survey respondents below 18 years old reported having been detained during their stay in France, while 28% of all respondents (minors and adults combined) had been detained.

The qualitative Small Camps report, ‘The Unknown Knowns’, contains observations from five  settlements dotted around the region suggesting that camps tend to be neglected by aid organisations.
– Although support from local communities was common, living conditions resembled those in the Calais camp. There are serious concerns about human rights infringements and unmet humanitarian standards.
– Since these camps are less populated, residents may become easier targets for citizen violence and targeted right-wing attacks.

The Refugee Rights Data Project (RRDP) is a non-governmental organisation and UK-registered charity.

It aims to fill information gaps relating to refugees and displaced people in Europe by conducting our own independent field research.