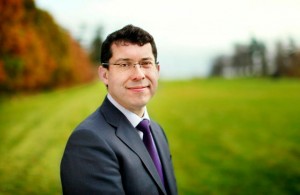 A pro-life senator who is running on the NUI Panel in the forthcoming Seanad election has urged the next government to carry out much needed reforms to make sure Ireland is fairer for all.

Writing an opinion piece for the Irish Independent, Senator Ronan Mullen said, “It will be unforgivable if our politicians backslide from their recent commitment to parliamentary reform as a prerequisite for allowing a new government to get going.”

Speaking about political reform, Mr Mullen who is a former spokesperson for the Dublin Archdiocese said, “Political reform is not just a matter of changing the rules of the parliamentary game to spice up the lives of TDs and Senators.”

“Many of our social problems are connected with the poor functioning of our institutions. While the economy has been put on a sounder footing lately, the social crisis has intensified with homelessness on the rise and a concentration of wealth into fewer hands.”

Speaking about the economic recovery he said, “Services are still creaking. The unevenness of the economic recovery was a key factor in the downfall of the FG-Labour government and it is partly the result of a disconnect between the political elite and the people they are supposed to serve.”

“They stopped listening to the message alerts from the constituencies. Communication needed to only be one-way. ‘Keep the recovery going. Pass it on.’ Rank-and-file politicians colluded. Keeping right by the governing elite seemed more important than insisting that the folks at home were hurting.”

“Where there’s a failure to represent people’s values, it fuels a spirit of alienation from our democracy. Not good. Though the last government engaged in some political reform, the central problem, the concentration of power in the executive branch of the government, went unaddressed.”

Commenting on Seanad reform he said, “What is the point of having a second chamber, which should in principle be able to delay controversial legislation, if the Taoiseach can pack it with party cronies or establishment hangers-on, and if the party whip dominates like in the Dáil?”

“Failing the adoption of a list system for some TDs, there should at least be a full national franchise for the Seanad using the list .And it should be clearly understood that the Seanad is for free-thinking, where no whips would apply.”

Ronan Mullen is contesting the 2016 Seanad elections on the National University of Ireland (NUI). This year’s senate vote will conclude at 11am on 26 April next.