Secret Scottish seminary to be restored by Crown Estates 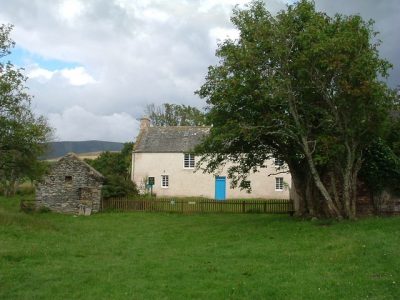 The Scottish farmhouse that once was a secret seminary in the 18th century. (Photo: Ronnie Leask)

A secret seminary, hidden in the Scottish highlands, is to be restored.

Three hundred years ago, Scalan Seminary, in the Braes of Glenlivet, was the only training college in Scotland preparing young men for ordination. As Catholic priests in the 18th century, these men were outlaws in the eyes of the English Crown, and faced hardship and possible martyrdom. But they were beloved of the Catholic faithful and were nicknamed the “heather priests”.

The heather priests were particularly hunted after the 1715 Jacobite Uprising, so the seminary, built in 1716–17 in a secluded valley, was disguised as a farm building, so as not to attract any attention from passing Hanoverian troops. The local people of Scalan helped keep the college’s existence secret, as they were faithful Catholics, as was the local laird, the Duke of Gordon.

In the reprisals that followed the 1745 Jacobite Rising, led by Charles Edward Stuart (“Bonnie Prince Charlie”), there were several attacks on Scalan, both the seminary and the surrounding settlements, but the college remained in operation until 1799. It trained a total of 64 priests.

After it was lost to the Church, the buildings were sold to private owners, who added additional farm buildings, including a water mill, which Crown Estates are planning to fully restore to working condition. There are also plans to improve footpath access to the site, which features on a Braes of Glenlivet walking trail.

Today, this scenic valley, located on the northern edge of the Cairngorms National Park, is a major tourist attraction – however, the Church heritage is not the biggest draw, as the Braes of Glenlivet give their name to a famous whisky distillery.

To find out more, visit the Scalan Association’s website.